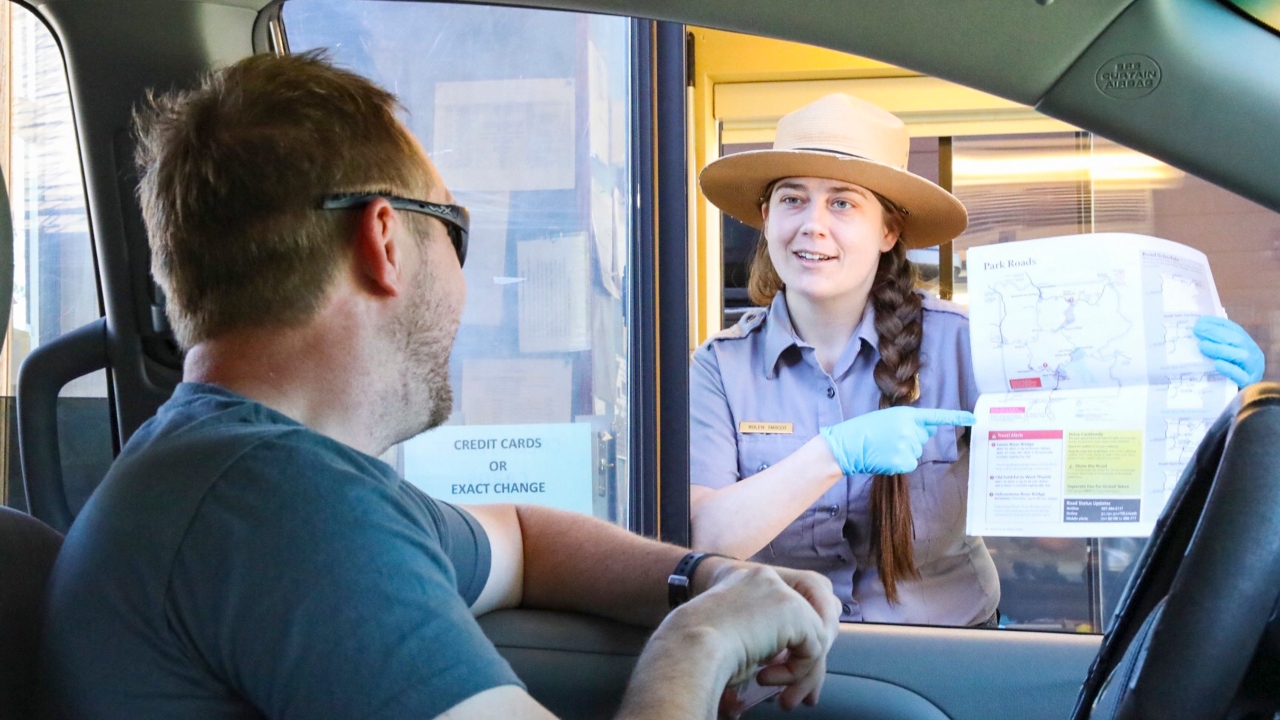 Yellowstone National Park's southern loop reopened this week, with a low turnout, after historic floods that destroyed its roads and damaged houses.
With efforts to repair and clear affected areas still underway, and likely to continue for months to come, there is a license plate system in place to ensure that visitor numbers remain low.
The park said Wednesday that backups at entrances were cleared after noon local time and that less than half of what is normally 10,000 or more vehicles had entered the south loop.
"While it's too early to tell if the license plate system worked, it appears to have done its job by cutting our normal traffic counts by half," Yellowstone Superintendent Cam Sholly said.
We're happy to have visitors back in Yellowstone and appreciate the patience of the public and community partners as we continue working through this difficult situation."
YELLOWSTONE NATIONAL PARK REOPENING AFTER FLOODSWith lines at the gates at three of Yellowstone's five entrances stretching for miles in the morning, fewer than 1% of vehicles were turned around due to having the wrong license plate.
The cars were turned away before they got in the lines, Sholly told The Associated Press.
WHY IS YELLOWSTONE NATIONAL PARK CLOSED?
Groups of visitors traveling together in different cars are exempt from the license plate system, as well as those with reservations at campgrounds and hotels.
Norris Geyser Basin, one of the busiest destinations in the park, also reported light activity.
CLICK HERE TO GET THE FOX NEWS APPThe flooding hit just as the summer's tourist season was starting.
Last year, America's first national park tallied a record 4.9 million visits.