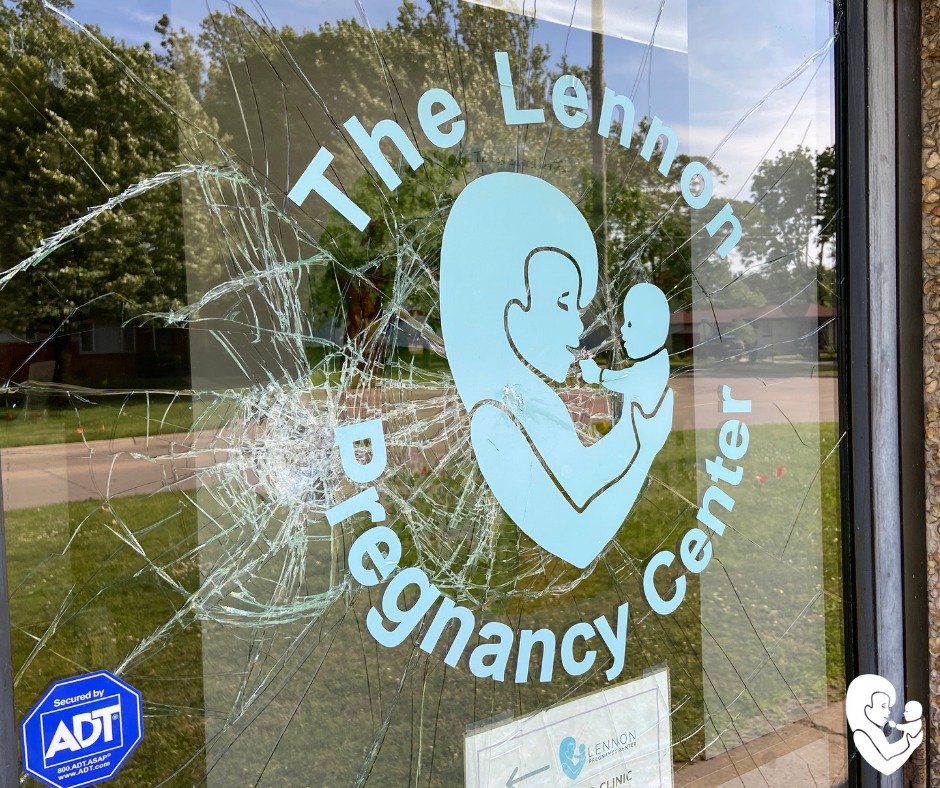 A pregnancy center in Dearborn, Michigan was targeted Tuesday, as extremist pro-choice groups continue to put pressure on pro-life charities and resource centers.
Workers at the Lennon Pregnancy Center found the building's windows smashed and walls spray-painted with threats.
Additionally, a nearby printing business was damaged and attacked, though this appears to have been a mistake by the vandals.
"Every window and door along the front face of our building was smashed as well as the building being spray-painted with graffiti.
Four additional side windows were also smashed in on the sides of the building," a Lennon Pregnancy Center spokesperson said on social media.
The spokesperson continued, "This reckless destruction was directed at our pregnancy resource center, but also has affected the printing business that shares our building.
"We will continue to offer free parenting classes, free pregnancy testing, and free ultrasounds," the center's social media account announced.
The Lennon Pregnancy Center is only the latest in a string of documented attacks ahead of a Supreme Court decision on a case that has the potential to overturn Roe v. Wade.
The FBI is investigating the string of recent attacks on pregnancy centers as potential acts of domestic violent extremism, the bureau said earlier this month.
"The FBI is investigating a series of attacks and threats targeting pregnancy resource centers and faith-based organizations across the country," the FBI said in a statement.
"The FBI takes all threats seriously, and we continue to work closely with our law enforcement partners and will remain vigilant to protect our communities."
CLICK HERE TO GET THE FOX NEWS APPRep. Nancy Mace, R-S.C., is demanding a hearing to examine the targeting of crisis pregnancy centers and religious institutions as the country waits for a decision in a highly anticipated Supreme Court case expected to overturn Roe v. Wade.