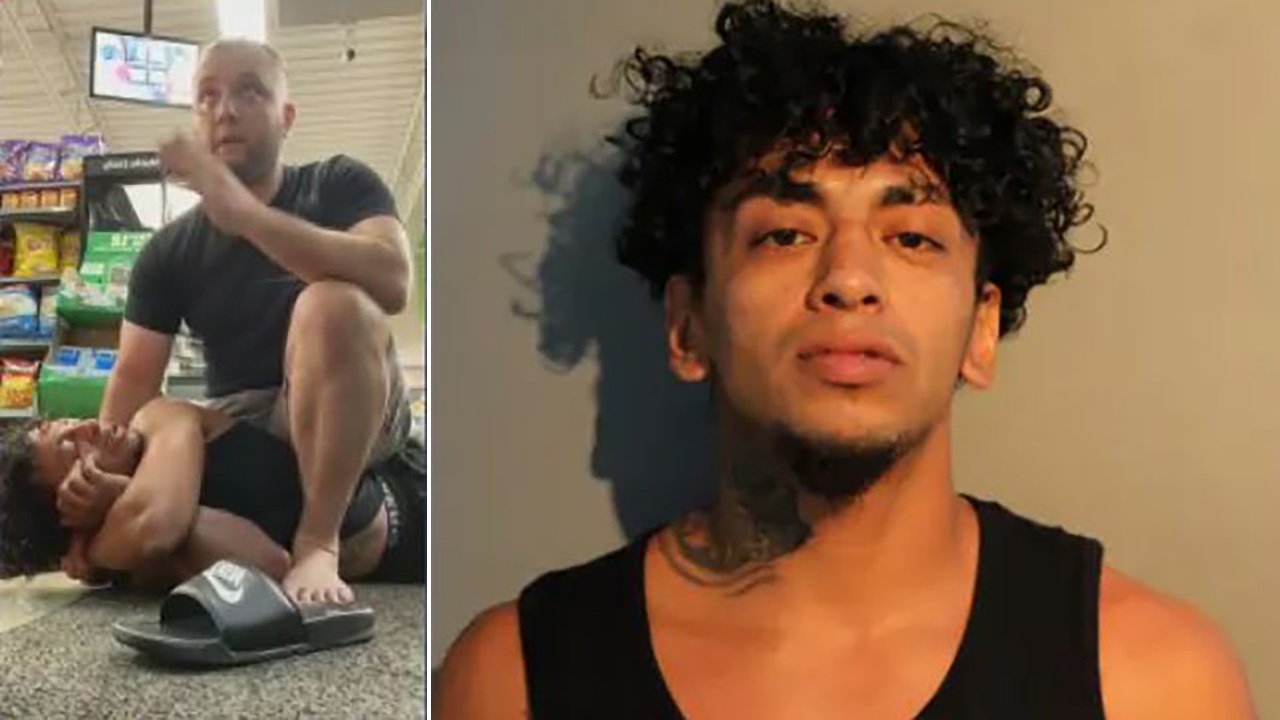 A Chicago jiu-jitsu instructor successfully detained a theft suspect during a scuffle in a convenience store last week.
"My instincts kicked in," Redzovic, a third-degree Gracie jiu-jitsu black belt, told Fox News Digital.
CHICAGO DEMOCRATIC ALDERMAN CALLS FOR METAL DETECTORS AT BEACH FOLLOWING SHOOTINGRedzovic was buying slushies for his six children at the 7-Eleven when the incident unfolded.
Security footage and a Facebook live stream of the incident show Redzovic taking Cruz down and holding him in a secure headlock without hurting the suspect.
CHICAGO POLICE CHANGE FOOT CHASE POLICIES, WON'T PURSUE SUSPECTS IN SOME CASES"Jiu-jitsu is such a beautiful art that I don't have to apply pressure.
Redzovic learned the practice while growing up in Chicago.
Learning jiu-jitsu kept him out of trouble and prepared him for crime incidents like the one involving Cruz.
He mentioned a previous incident in which he had to use his skills to stop a juvenile from stealing his vehicle.
THIRD SUSPECT CHARGED IN CHICAGO MASS SHOOTING AT MCDONALD ' S NEAR MAGNIFICENT MILE"I grew up in the streets of Chicago … and my mom [was] working two jobs since I lost my father.
CLICK HERE TO GET THE FOX NEWS APPMartial arts taught him that "you can fight without hurting somebody," he added.
The Chicago Police Department confirmed the June 16 incident to Fox News Digital.
Cruz was placed into custody after Redzovic detained him at the 7-Eleven and charged with two misdemeanor counts, including one battery charge and one retail theft charge under $300.