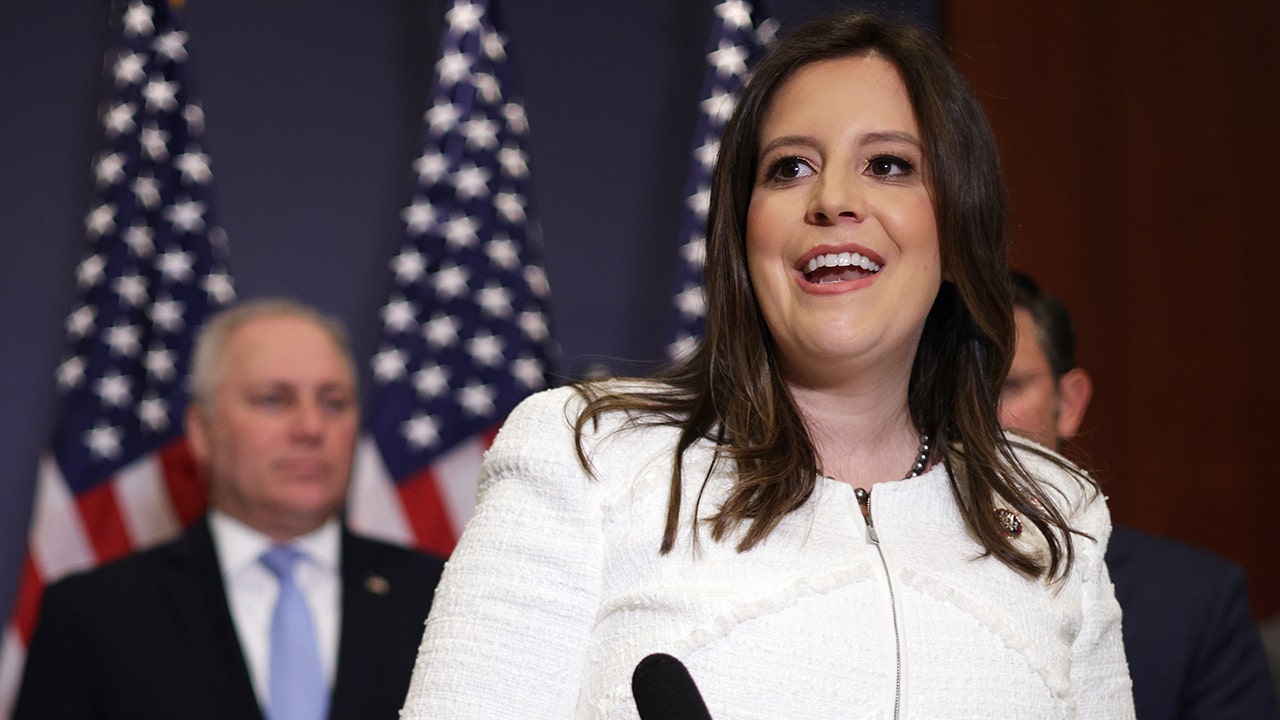 EXCLUSIVE: Rep. Elise Stefanik says the work of Republicans on the new House Subcommittee on Weaponization will help root out "abuse and weaponization" of President Joe Biden's federal agencies because the government "has a responsibility to serve the American people — not go after them."
A resolution creating the "weaponization" subcommittee passed the House earlier this month and will be led by Rep. Jim Jordan, R-Ohio, who will also chair the full Judiciary Committee.
MCCARTHY ANNOUNCES GOP MEMBERS APPOINTED TO HOUSE PANEL ON BIDEN ADMIN'S ‘WEAPONIZATION’ OF GOVERNMENTStefanik, R-N.Y., the House Republican Conference chair, was appointed to the panel by House Speaker Kevin McCarthy, R-Calif., on Tuesday evening.
Other Republican members who will serve on the "weaponization" subcommittee include: Reps. Darrell Issa, Calif., Thomas Massie, Ky., Chris Stewart, Utah, Mike Johnson, La., Chip Roy, Texas, Kelly Armstrong, N.D., Greg Steube, Fla., Dan Bishop, N.C., Kat Cammack, Fla., and Harriet Hageman, Wyo.
"You’ve had single-party Democrat rule and virtually no oversight of these federal agencies that have been weaponized in targeting everyday Americans — not just prominent figures in the Republican Party like Donald Trump but everyday Americans," Stefanik told Fox News Digital.
"This is going to be some of the most important work that House Republicans focus on in the majority," Stefanik said.
CONGRESS TO RETURN TO DC WITH RENEWED FOCUS ON BIDEN ADMIN INVESTIGATIONSThe origins of that investigation are currently being investigated by Special Counsel John Durham.
"There are lots of important issues that we will focus on," Stefanik said, adding that the subcommittee has "broad jurisdiction."
"This is federal agencies in the federal government, and yes, the FBI and the Department of Justice; they certainly deserve scrutiny and accountability because they work for the American people, not the other way around," Stefanik said.
Stefanik also said there is "abuse and weaponization" in other agencies that "needs to be rooted out" across the federal government, citing the Internal Revenue Service, National Institute of Health and Department of Health and Human Services, among others.
If you are a well-connected Democrat like the Clintons or like Hunter Biden, you don’t get the same scrutiny than if you are a Republican or, more importantly, if you are an everyday, hardworking American," Stefanik said.
She added, "We need to make sure that we have good governance that serves the American people, not the other way around."
Source