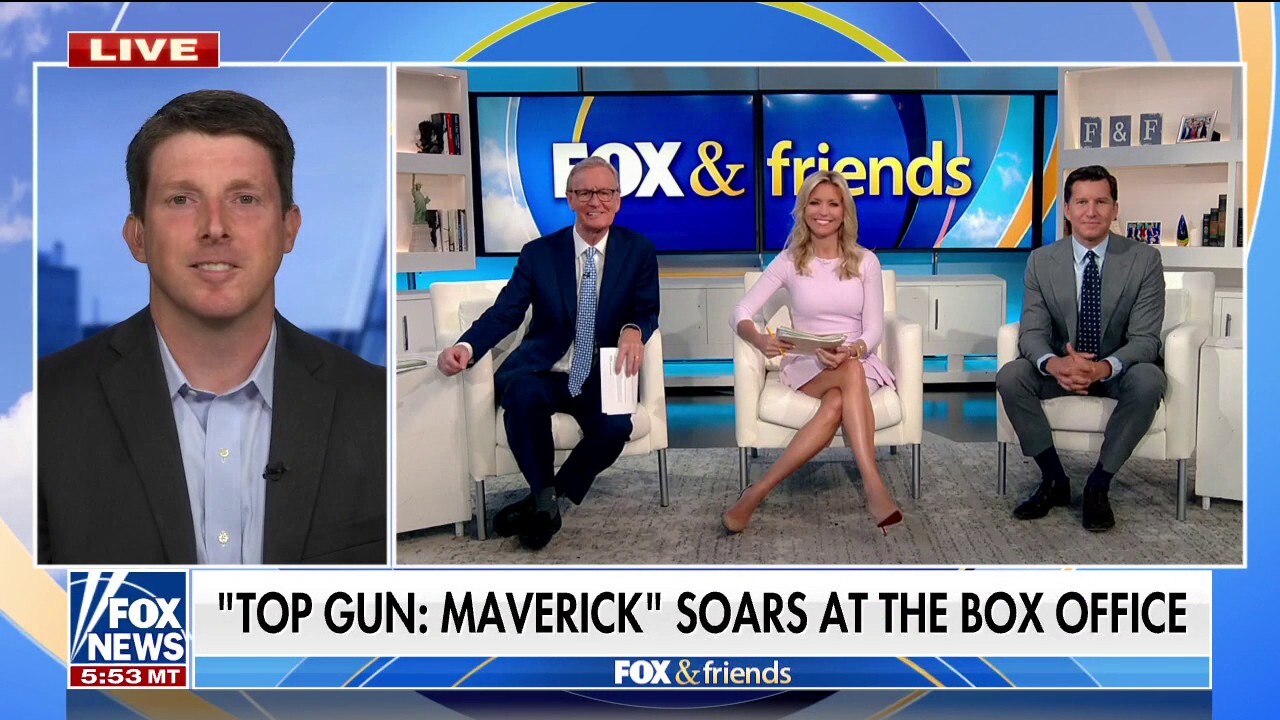 NEW You can now listen to Fox News articles!
Paramount CEO Bob Bakish declared Monday that his company will not censor its old content for material that may offend modern audiences.
Bakish made the comments as the Paramount+ streaming service launched overseas and he discussed the company's large and historical catalog.
"By definition, you have some things that were made in a different time and reflect different sensibilities," Bakish explained, according to a June 20 piece by The Guardian.
He went on, "I don’t believe in censoring art that was made historically, that’s probably a mistake.
It’s all on demand – you don’t have to watch anything you don’t want to."
Paramount has recently seen that there is big money in appealing to American nostalgia, as "Top Gun: Maverick," a sequel to Paramount Pictures' "Top Gun" (also starring Tom Cruise) in 1986, smashes box office records.
VAL KILMER SHARES WHAT IT WAS LIKE FILMING ‘TOP GUN: MAVERICK’ WITH TOM CRUISE: ‘NO TIME HAS PASSED AT ALL’As streaming services featuring classic films have risen in recent years, many have grappled with the rapidly changing social mores of modern society.
HBO Max briefly pulled "Gone with the Wind" from its programming in the wake of George Floyd's death in 2020, causing "The View" co-host Whoopi Goldberg to slam the idea of censoring older films about America’s past.
"Personally I think if you put things in a historical context — because if you start pulling every film ... you're going to have to pull all of the blaxploitation movies because they're not depicting us the right way," Goldberg said at the time.
SPIKE LEE SAYS ‘GONE WITH THE WIND,' ‘BIRTH OF A NATION’ ‘SHOULD BE SEEN’CLICK HERE TO GET THE FOX NEWS APPNetflix made some recent changes to distance itself from a liberal agenda after figuring out it was hurting their bottom line with a loss of subscribers.
In May, the streaming service laid off 150 employees, canceled several woke projects and sent out a memo telling employees to quit if they’re offended by content the company produces.
Source