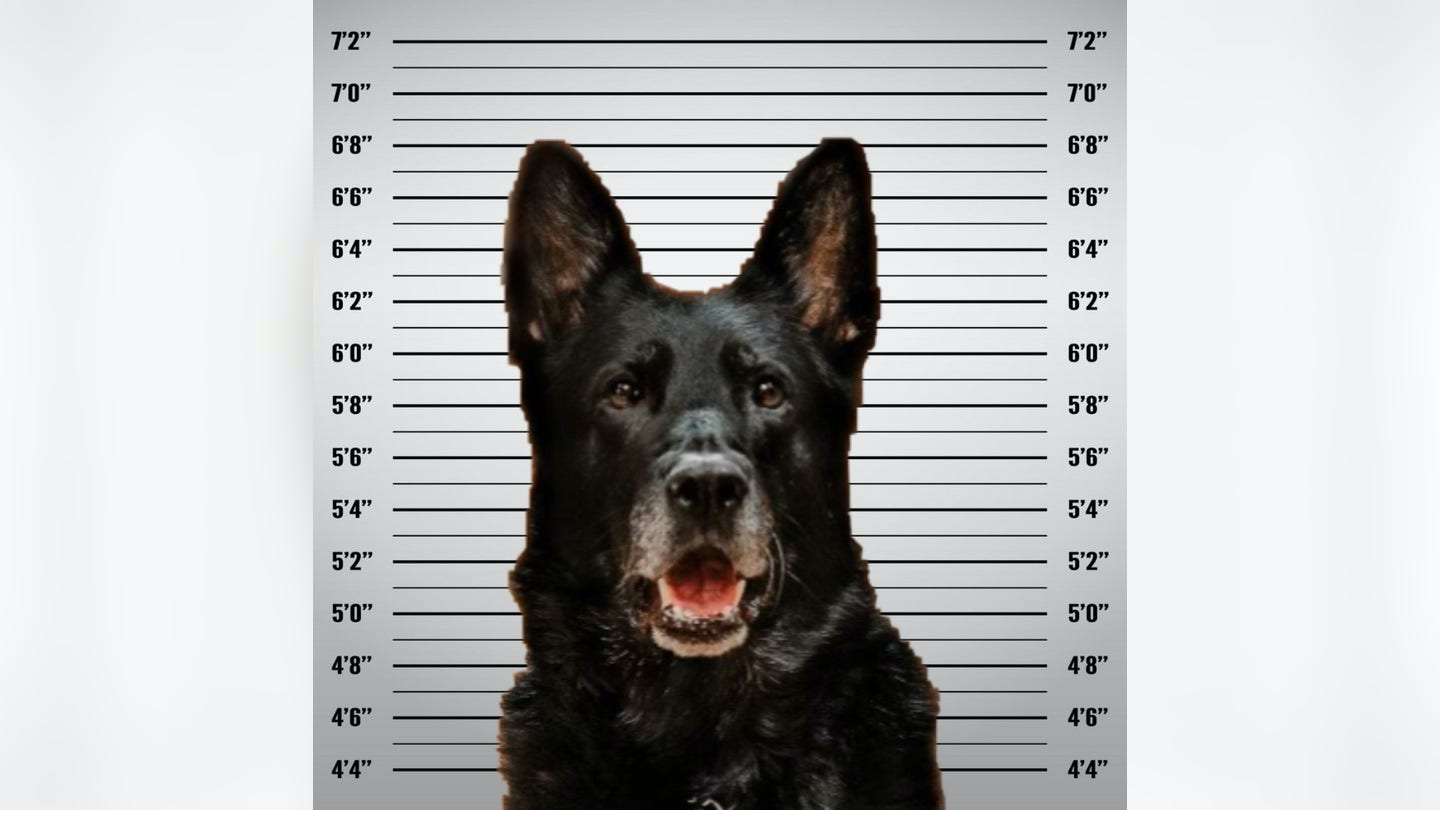 A police K-9 named Officer Ice was recently "under investigation" for allegedly stealing from one of his own colleagues.
This month, the Wyandotte Police Department (WPD) in Wyandotte, Michigan, shared a now-viral image of Ice's mugshot following his recent criminal charges.
As the post stated, Officer Barwig was in the middle of his lunch when he was called into the WPD jail for assistance.
The presumed guilty party, Ice, has garnered quite the following since his story spread across social media platforms.
"The response from the Facebook post was great," Chief Brian Zalewski of the WPD told Fox News Digital.
"There was an immediate defense of Ice and calls for the department charges to be dismissed."
No video has been produced," the WPD wrote in a caption beneath a photo of Ice and a tray of sandwiches.
Groat and Ice have been working together for more than 10 years, since Ice was six months old, Zalewski said.
"Although Ice is getting a little gray in the beard and not on everyday patrol, he is still very much a part of our department," Zalewski said.
"He was one of the most requested Police K-9’s for drug search warrants, vehicle searches and suspect tracking."
CLICK HERE TO SIGN UP FOR OUR LIFESTYLE NEWSLETTERZalewski said Ice is a "very well socialized police dog."
Groat brings Ice to community events and school-associated activities.
Source