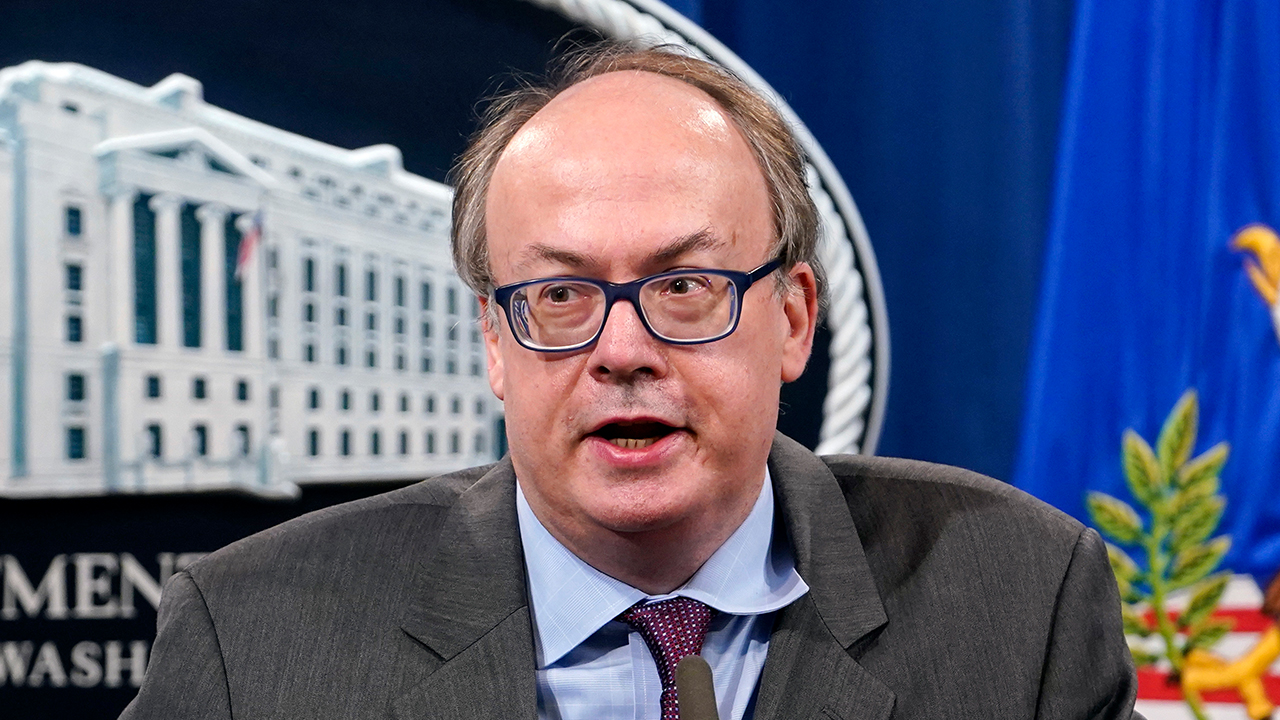 House January 6 Committee member Adam Kinzinger, R-Ill., led questioning of three Trump-era Justice Department officials, much of whose testimony centered around describing another DOJ deputy, Jeffrey Clark, as a "true believer" of President Donald Trump's claims of a fraudulent election.
Clark, who led the DOJ's environmental division, recounted to Fox News the coinciding early-morning FBI raid at his Lorton, Va., home – where he said he was kept outside in his pajamas after agents initially refused to let him change.
At the hearing, former Acting Attorney General Jeffrey Rosen testified Clark wrongly met directly with Trump, and discussed election theft theories, despite cautious DOJ policy in regard to White House contact.
Clark said one day prior, he rushed to his front door at 7 AM when he heard "loud… insistent banging."
FEDS SEARCH HOME OF FORMER TRUMP DOJ OFFICIAL JEFFREY CLARK, SOURCES SAY"I quickly figured out that there were agents there.
Twelve FBI agents and two Fairfax County, Va., officers then entered his home, and scoured it while confiscating phones and electronics, Clark recounted.
"They even brought along something I've never seen before or heard of – an electronics-sniffing dog."
Clark however doesn't blame the agents themselves, suggesting the alleged "weaponization" starts at the top with FBI leadership.
"There were multiple states where multiple people were roughly simultaneously raided for their electronic devices," Clark later claimed.
Wray was a cordial colleague at the Justice Department when they both worked under President George W. Bush, he added.
And increasingly I don't recognize the country anymore with these kinds of Stasi-like things happening," he said, making a reference to the East German secret-police.
"This never happened," said Perry, a Camp Hill Republican who previously called the committee "illegitimate."
Source