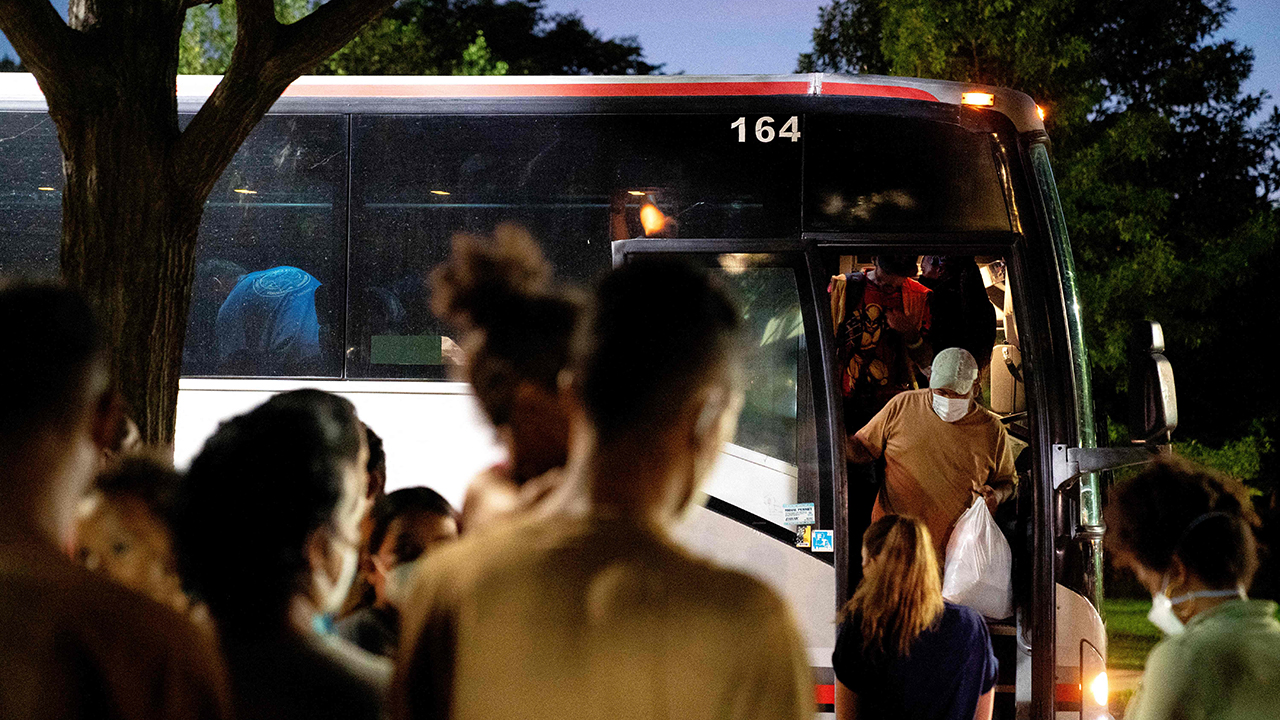 Retired acting ICE director Tom Homan responded to Democratic leaders criticizing Texas Governor Greg Abbott over migrant buses by highlighting the hypocrisy over immigration and sanctuary cities.
On "Fox & Friends Weekend" Saturday, Homan argued Washington D.C. Mayor Muriel Bowser and New York City Mayor Eric Adams are not doing "everything they can" to make sanctuary cities safe and apply pressure on the Biden administration to address border security.
JONES RIPS LAWMAKERS OVER BORDER CRISIS: THEY WERE ALL ABOUT COMPASSION UNTIL THEY WERE ON THEIR LAWNSTOM HOMAN: It's devastating these communities.
I've been on the southwest border a dozen times this past year.
And look, Muriel Bowser and Mayor Adams, if you want this to stop, how about calling the White House, tell President Biden to secure the border?
But both of these cities take pride in the fact they're sanctuary cities, both of them out-of-control crime rates right now, right at each of these cities, releasing criminal aliens to the streets every day.
Now, if you're an illegal alien in New York City and you get arrested for a violent crime, after they're done with you, they release you back on the street to re-offend.
So are these mayors doing everything they can to address the crime rate?
So stop your sanctuary city policy.
And you didn't say a d--- word when President Biden was flying people in the middle of the night.
That was fine, but when a Republican governor does it, all of a sudden it's a problem.
CLICK HERE TO GET THE FOX NEWS APPWATCH THE FULL VIDEO BELOW:
Source