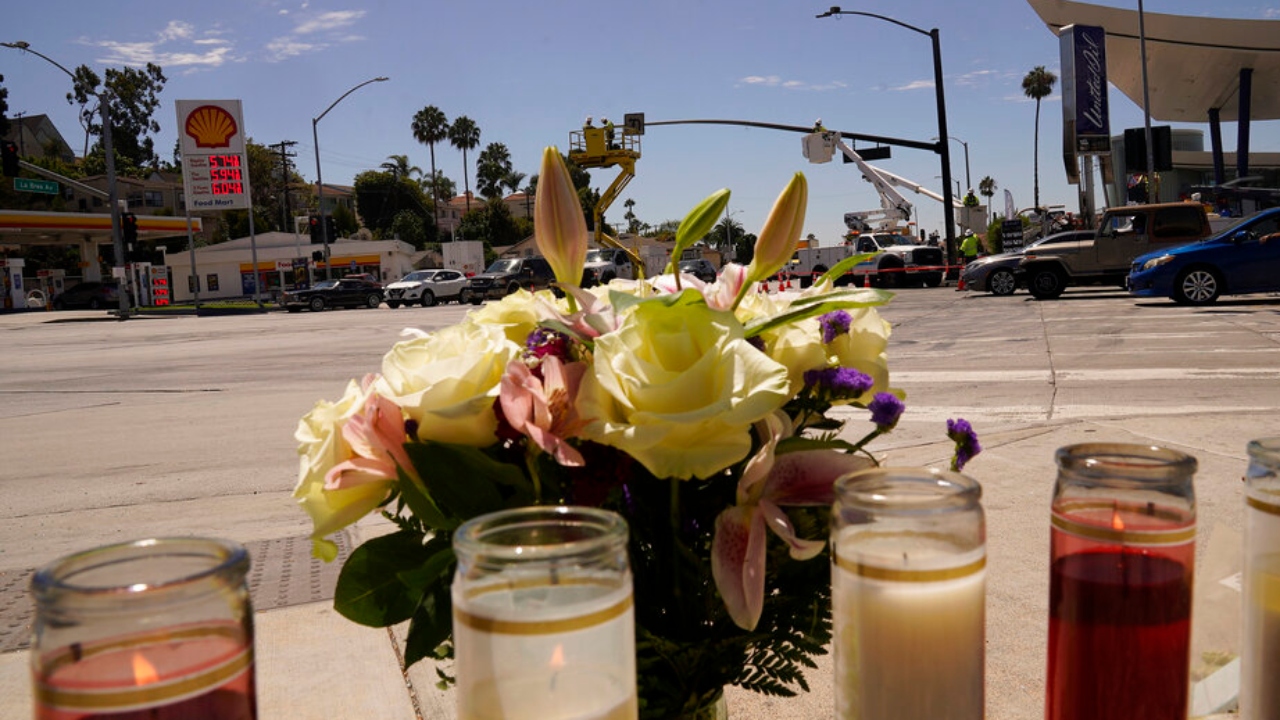 The Mercedes-Benz driver who caused a multi-car crash at a West Los Angeles intersection that left six people dead on Thursday has been identified.
The California Highway Patrol (CHP) identified 37-year-old nurse Nicole Lorraine Linton.
Linton sustained moderate injuries in the collision and was taken into custody on suspicion of vehicular manslaughter with gross negligence.
Prosecutors said they could receive the case as soon as Monday and would decide whether to file criminal charges.
DRIVER IN LOS ANGELES CRASH THAT KILLED 6 ARRESTED, CHARGED WITH VEHICULAR MANSLAUGHTER, GROSS NEGLIGENCEAccording to Fox 11, Linton is a traveling nurse at Kaiser Permanente's West Los Angeles Medical Center.
Witnesses at the scene in the Windsor Hills area told Fox News that the collision caused a massive explosion that sounded like a bomb.
LOS ANGELES DRIVER SPEEDING THROUGH INTERSECTION KILLS 5, INCLUDING PREGNANT WOMAN, IN FIERY CRASH"One lady took the baby that was ejected, she was running into the store with the child, but you could tell there was no life there," Alphonso Word said.
I don’t know if it was one of the victims that was in the car burning, or what," he added.
AN infant was also killed and seven others were hospitalized in the crash.
"My heart goes out to the families that lost loved ones in the horrific car collision that occurred yesterday in Windsor Hills.
This incredible tragedy has sent shockwaves throughout Los Angeles and the loss of so many precious lives will have a lasting impact on those that are closest to them," he said.
Fox News' Greg Norman, Andrew Mark Miller and The Associated Press contributed to this report.
Source