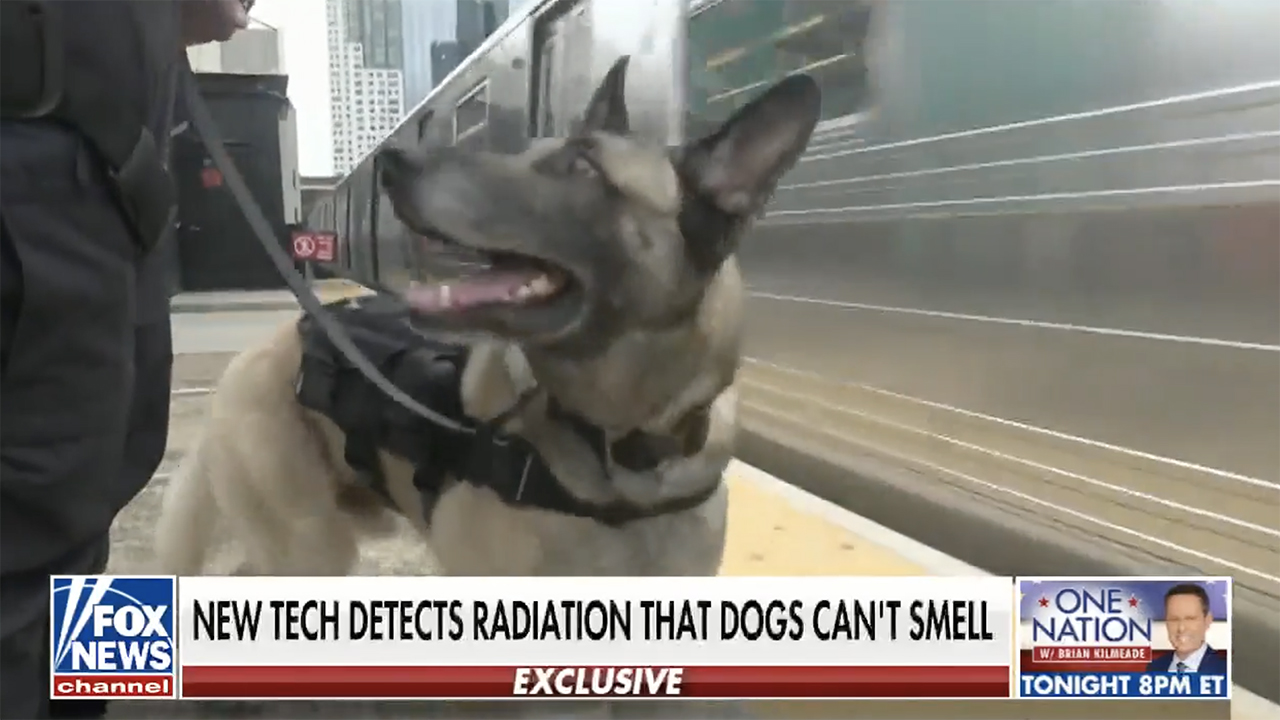 The New York City Police Department recently deployed new technology for the canine unit to help prevent terrorist attacks — and keep the Big Apple's subway system safe.
It pairs canines trained in explosives detection with special harnesses equipped with electronics.
The sensors inside the harnesses enable the dogs to detect radiation and other biological or chemical agents that the dogs' noses can't.
"They were starting to create unconventional explosive devices, things that they knew — because they study us — that these dogs cannot detect.
Normal explosives like TNT and C-4 and dynamite, they know that these dogs can detect.
The sensors on the dog's harness send readings to a mobile command post in real time.
Using funding from grants, Lt. Pappas and the NYPD worked with private technology company Blueforce Development Corporation, based in Massachusetts, to make his idea a reality.
Lt. Pappas said he used TREDD dogs during the Brooklyn April 12th subway shooting.
The NYPD is the only police department in the world with this technology, as Fox News reported earlier this week.
Lt. Pappas said the NYPD used their time productively during the COVID lockdowns.
"During the pandemic, when everybody was locked down, it was an opportunity to finally fine-tune it and upgrade the technology," said Pappas.
While the NYPD created TREDD, they have demonstrated it for the Pentagon and shared the info with other partners — but no one else has TREDD dogs.
Source