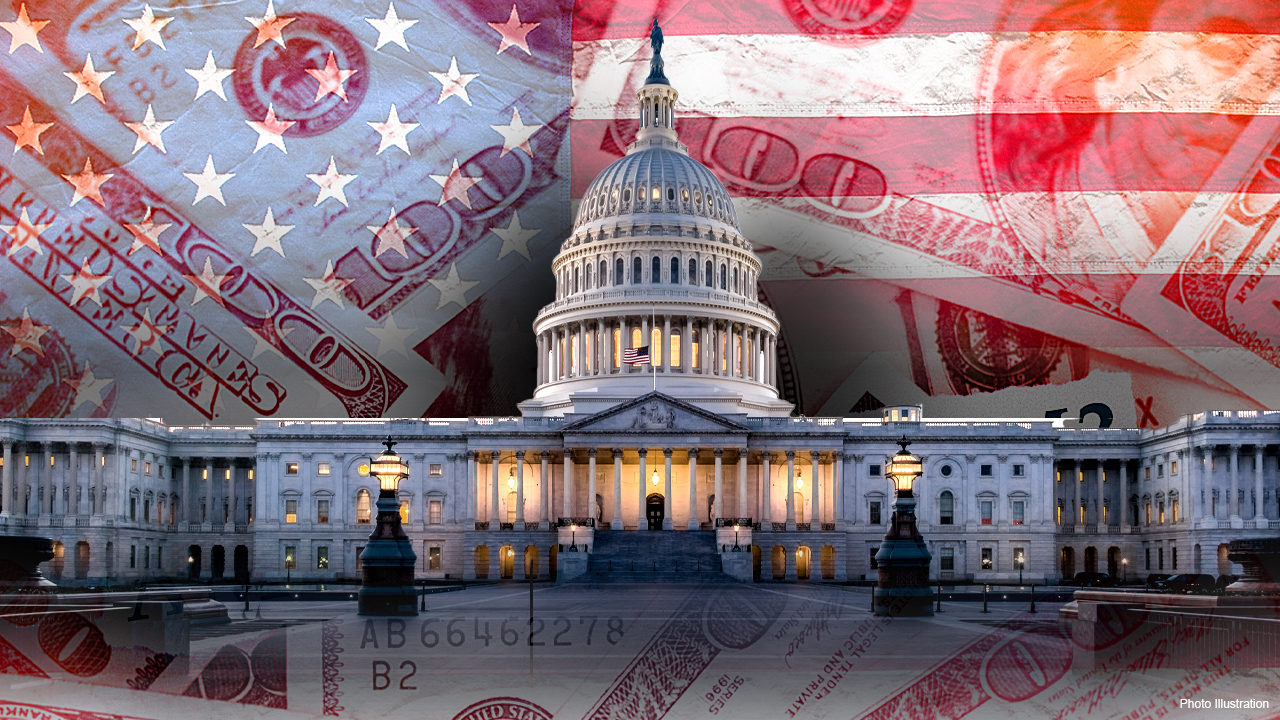 NEW You can now listen to Fox News articles!
During an interview on "Fox & Friends Weekend," American Legislative Exchange Council economist Jonathan Williams slams Democrats' latest effort to combat inflation, the Inflation Reduction Act, arguing that raising taxes and increasing spending is "economic malpractice."
JONATHAN WILLIAMS: And what we need is going in the opposite direction and actually cut spending in Washington.
It's clear we don't have a problem with the lack of tax revenue here.
We've hit record tax revenue numbers time and time again in recent years, but we just spend faster than the taxes are coming in.
Let's look to common sense, what's happening in the 50 states.
In fact, you know, 49 out of the 50 states, a lot of people don't know this, have balanced budget amendment in their state constitution or in state law.
People look at Washington as this land of make believe, that say they want to double down on everything that's causes problems.
And people like Joe Manchin have said this and Chuck Schumer in the past, let's not mess with taxes.
Let's not raise taxes.
I mean, this is absolutely economic malpractice what's being discussed right now.
CLICK HERE TO GET THE FOX NEWS APPWATCH THE FULL INTERVIEW HERE:
Source