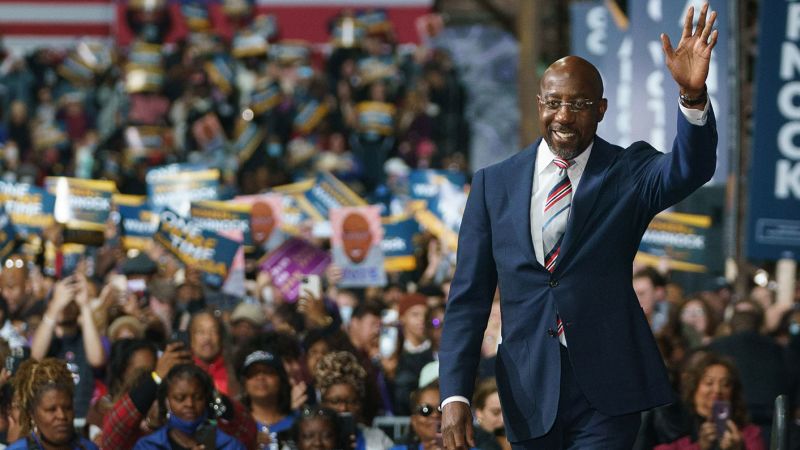 Community leaders and political observers say the Black vote has consistently played a pivotal role in high-stakes races for Democrats, including in 2021, when Warnock defeated then-Sen. Kelly Loeffler in a runoff.
Black voters likely to cast a ballot are near unanimous in their support for the Democrat (96% Warnock to 3% Walker), according to a CNN poll released last week that showed Warnock with a narrow lead.
A second runoff victory for Warnock could once again hinge on Black voter turnout in a consequential race.
The rally led by Young, King and Warnock seems to have set the tone for many Black voters in Georgia.
As of Sunday, more than 1.85 million votes had already been cast, with Black voters accounting for nearly 32% of the turnout, according to the Georgia Secretary of State’s Office.
Billy Honor, director of organizing for the New Georgia Project Action Fund, said the Black turnout so far looks promising for Democrats.
“When we get Black voter turnout in any election statewide that’s between 31 and 33%, that’s usually good for Democrats,” Honor said.
“If you don’t have a friend, make a friend and get them out to vote,” Walker said.
A ‘civic duty’Some Black voters said they were excited to show up last week and cast their early votes in the runoff race.
King said he believes Warnock also appeals to Black voters in a way that Walker does not.
“He stayed above the fray and defined what he has done.”The Black vote, he said, is likely to make a difference in which candidate wins the runoff.
“Black voters, if we come out in massive numbers, then I believe that on December 6 we (Democrats) are going to have a massive victory,” King said.
Source