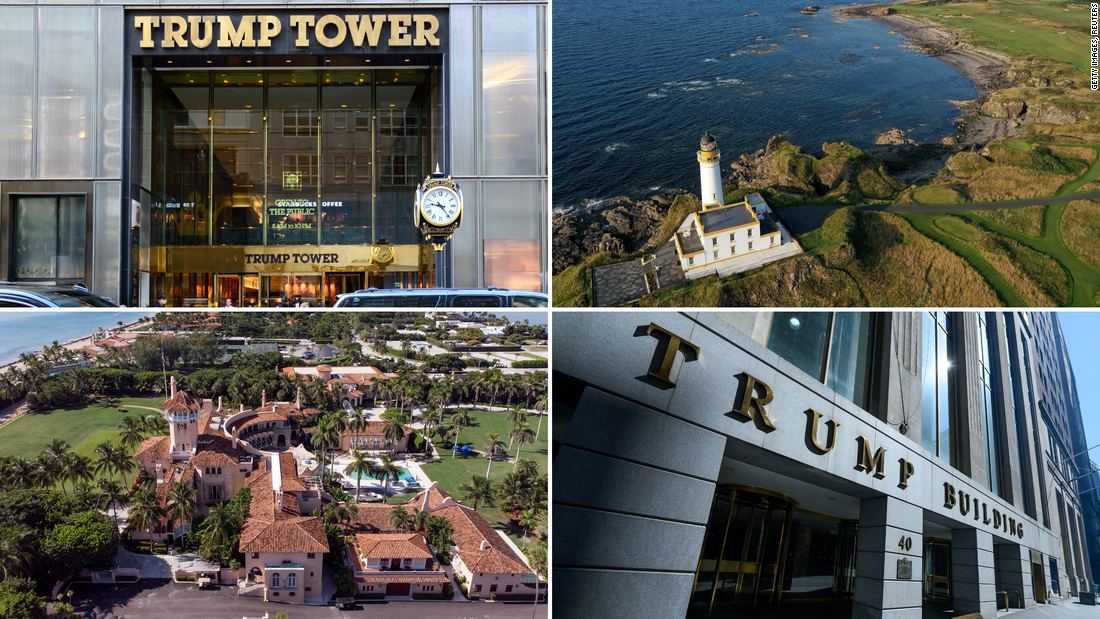 (CNN) New York Attorney General Letitia James on Wednesday filed a civil fraud lawsuit against former President Donald Trump , three of his children and his business.
Trump TowerNEW YORK, NY - AUGUST 24: Trump Tower stands on Fifth Avenue in Manhattan on August 24, 2018 in New York City.
Following new allegations over hush money that former Trump attorney Michael Cohen paid to an adult-film actress, the Manhattan district attorneyÕs office in New York City may seek criminal charges against the Trump Organization in the coming days.
Trump Park AvenueNEW YORK, NY - AUGUST 22: Outside of Trump Park Avenue on August 22, 2018 in New York City.
(Photo by Yana Paskova/Getty Images)Trump Park Avenue was appraised in 2010 to be worth approximately $72.5 million, according to the lawsuit.
But Trump's company claimed in subsequent financial statements that the property was worth roughly $292 million, according to the lawsuit.
40 Wall StreetNEW YORK, NEW YORK - OCTOBER 01: A view of the Trump Building on Wall Street in lower manhattan on October 01, 2021 in New York City.
The lawsuit argues the Trump Organization also used a variety of deceptive or inappropriate methods to inflate the value of Trump's golf courses.
Many of the Trump Organization's ventures involve licensing deals, in which another party owns the property and pays Trump to use his brand.
The suit argues that including them in the valuations in 2016 and 2017 was misleading because the Trump Organization purportedly stopped seeking foreign deals after Trump took office.
The licensing deals' value were further boosted by including deals between business entities owned by the Trump Organization, according to the suit.
According to former Trump Organization CFO Allen Weisselberg, "licensing was generally handled by Ivanka" and brothers Donald Trump Jr. and Eric Trump were well aware of the actual revenue derived from licensing in general, according to the lawsuit.
Source