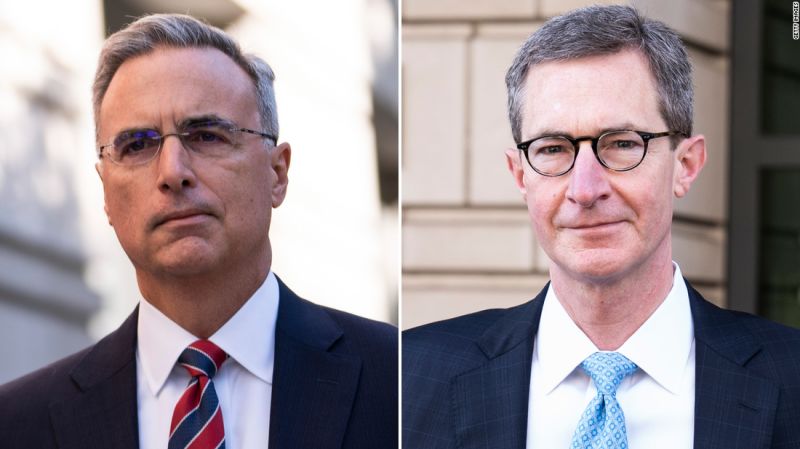 CNN —A federal judge has ordered former top Trump White House lawyers to provide additional grand jury testimony, rejecting former President Donald Trump’s privilege claims in the Justice Department’s criminal investigation of his effort to overturn the 2020 election, people briefed on the matter said.
Pat Cipollone, the Trump White House counsel, and his deputy, Patrick Philbin, appeared in September before the grand jury in Washington, DC, as part of the Justice Department probe, which is now being overseen by newly appointed special counsel Jack Smith.
Cipollone and Philbin declined to answer some questions at that time, citing Trump’s claims of executive and attorney-client privilege.
Cipollone and Philbin didn’t respond to CNN’s request for comment.
Trump is expected to appeal.
CNN has reached out to his representatives.
The Justice Department did not respond to a request for comment.
The privilege claims have been the subject of an ongoing legal fight in secret proceedings before the Washington federal judge overseeing the grand jury.
The judge has similarly rejected Trump’s privilege claims for other witnesses, including top aides to former Vice President Mike Pence.
Marc Short and Greg Jacob provided a second round of grand jury testimony after the judge ordered them to answer additional questions as part of the January 6-related probe.
Source