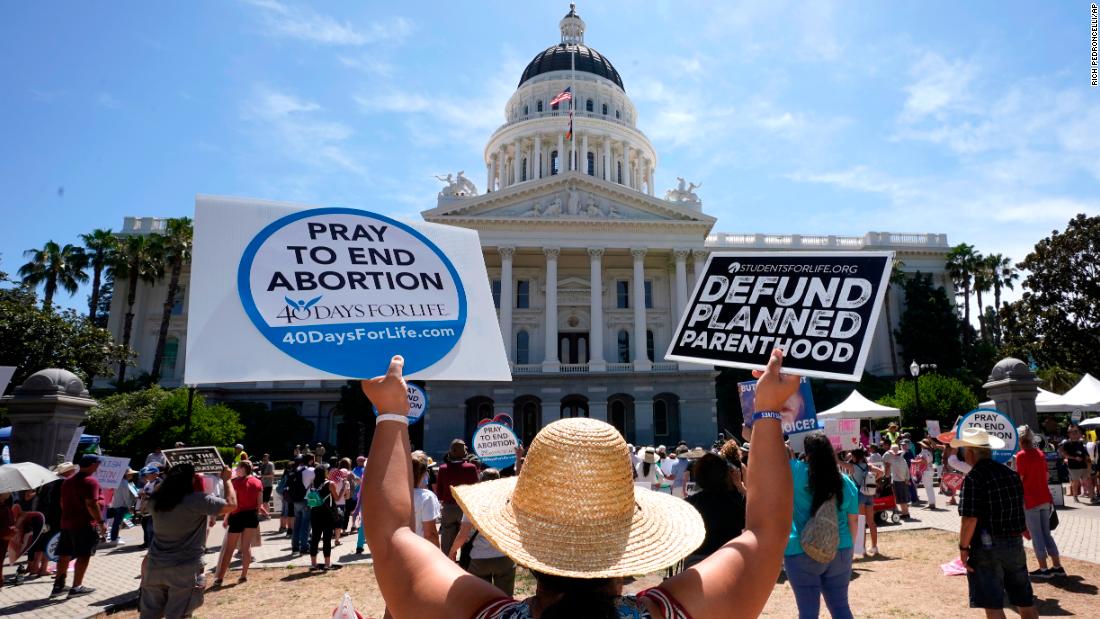 (CNN) California lawmakers on Thursday passed a bill that aims to protect abortion providers and patients seeking abortion care in the state from civil action started in another state.
Assembly Bill 1666 next heads to the desk of Democratic Gov.
Gavin Newsom, who is supportive of abortion rights.
It would take effect immediately with his signature.
The measure would make it so that "another state's law authorizing a civil action against a person or entity that receives or seeks, performs or induces, or aids or abets the performance of an abortion, or who attempts or intends to engage in those actions" is contrary to California public policy, and is unenforceable by California courts.
AB 1666 "creates the protections to make California a legal sanctuary for reproductive choice," the bill's Democratic sponsor Assemblymember Rebecca Bauer-Kahan said in a hearing earlier this month.
The bill comes in response to laws in states including Texas and Oklahoma, which allow private citizens to bring civil suits against anyone who assists a pregnant person seeking an abortion in violation of the law.
Source