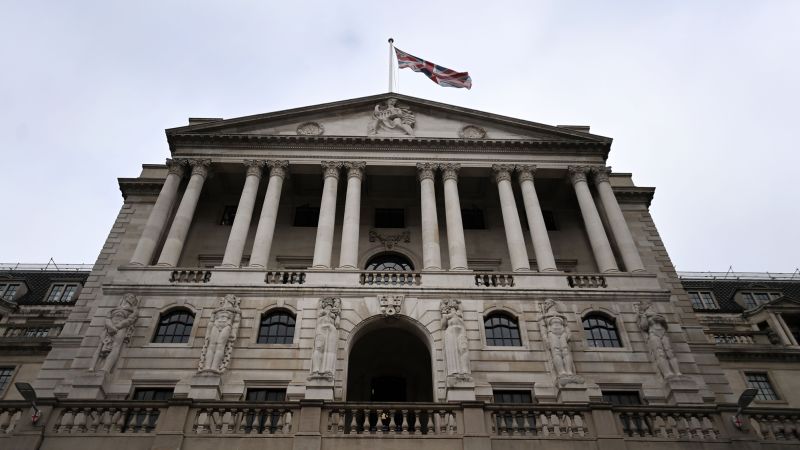 London CNN Business —Central bankers in the United Kingdom have announced the biggest increase in interest rates in 27 years, as spiraling inflation continues to cripple millions of households’ finances.
The Bank of England raised the cost of borrowing by 50 basis points to 1.75% — the sixth time the central bank has raised rates since December, and follows recent hikes by the European Central Bank and Federal Reserve to tame runaway prices.
The central bank said in a Thursday press release that inflationary pressures had “intensified significantly” in recent weeks.
“That largely reflects a near doubling in wholesale gas prices since May, owing to Russia’s restriction of gas supplies to Europe and the risk of further curbs,” it said.
Real pay for UK workers suffered its biggest drop in more than two decades between March and May, official data showed last month.
Global natural gas prices started rising last year as the world’s economies reopened from their pandemic lockdowns, causing demand to spike.
Electricity transmission towers near residential houses with lights on in Upminster, UK, on Monday, July 4, 2022.
The UK is set to water down one of its key climate change policies as it battles soaring energy prices that have contributed to a cost-of-living crisis for millions of consumers.
Chris Ratcliffe/Bloomberg/Getty ImagesRussia’s invasion of Ukraine in late February — and subsequent oil and gas supply disruptions — has only made matters worse, helping to push fuel prices up to record highs.
UK households are struggling.
A driver pumps fuel at an Esso Tesco petrol station on July 24, 2022 in London, England.
Many Supermarket Fuel Stations are still charging high prices on the forecourt despite wholesale prices coming down over the last few weeks.
Source