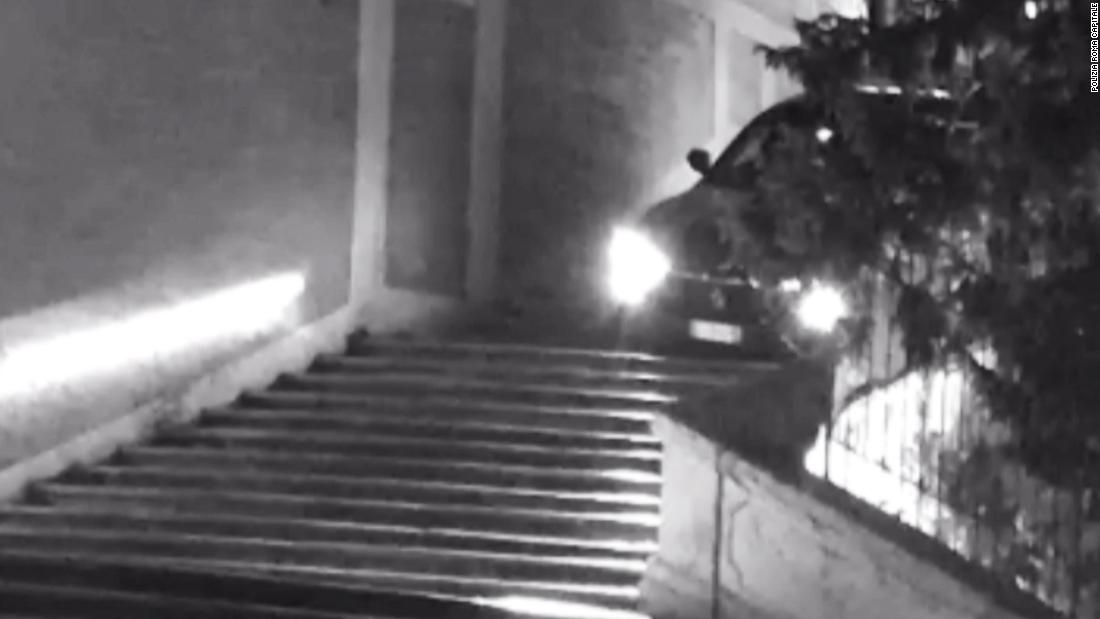 Rome (CNN) — When in Rome, don't drive your fancy sports car down historic stairways.
That advice apparently went unheeded by a man who this week drove his rented Maserati down the city's Spanish Steps and now faces charges for allegedly causing damage to the landmark, according to police in the Italian capital.
He's been charged with aggravated damage to cultural heritage and monuments.
Video footage of the incident released by police shows the Maserati being driven into the pedestrian zone above the steps overnight between Tuesday and Wednesday.
The car descends the first flight of steps before halting.
The car caused fractures to the 16th and 29th steps of the right-hand flight rising up from Spanish Square, Rome's heritage protection body said in a statement.
Some marble fragments were temporarily reattached "in order to allow the immediate reopening for pedestrian transit," it said.
Related content Tourists crash drones into Italy landmarks in Rome and Pisa'Chippings, scratches and abrasions'Heritage experts say the car fractured two steps.
Rome's Superintendence for Cultural HeritageMore work will be necessary "to restore the damaged steps by replacing the fractured portions, with travertine blocks that, in terms of color and material characteristics, are compatible" with the damaged steps.
The Spanish Steps are among Rome's most celebrated monuments.
They owe their name to the Spanish Embassy at the Holy See that is hosted in a palazzo in the square below.
The Spanish Steps have served as the backdrop for scenes in countless films, most notably "Roman Holiday," the 1953 movie starring Audrey Hepburn and Gregory Peck.
Source