Analysis: Europe is running out of time to find alternatives to Russian gas 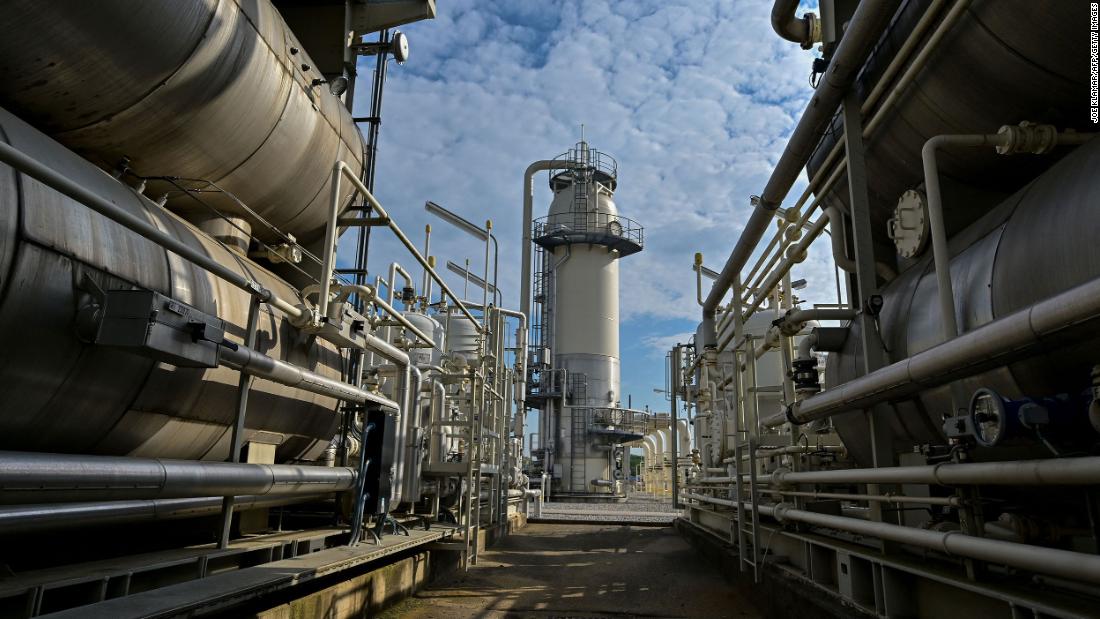 London (CNN Business) The security of Europe's energy supplies is looking shakier by the day.
Just 24 hours after Ukraine reduced the flow of natural gas across its territory into Europe, blaming interference by Russian troops, Gazprom suspended supplies through the Yamal-Europe pipeline running across Poland, and stopped sending gas to a distributor in Germany.
That's about a third of Russia's gas flowing through Ukraine to Europe.
While Ukraine transports in total about 30% of Russia's gas supply to Europe, according to the Independent Commodity Intelligence Services, the pipeline affected accounts for just 2.3% of Europe's overall gas supply.
The modest market reaction was largely thanks to healthy gas storage levels, mild weather and a record volume of liquefied natural gas imports into Europe last month, said Tom Marzec-Manser, head of gas analytics at ICIS.
But the shutdown raises the uncomfortable prospect of further disruptions to Europe's gas supply as the fighting continues.
Ukraine's gas operator said it could ramp up gas volumes at another transit point, called Sudzha, which is located farther west in territory the Ukrainian government controls.
EU gas storage facilities are about 37% full, according to data from Gas Infrastructure Europe.
Tensions could rise further next week, when more European energy companies are due to make gas payments to Russia, said Tagliapietra at Bruegel.
"So over the next two weeks we could see potential interruptions happening, we can't take gas supplies for granted."
Central and Eastern European countries would be most directly affected by the drop in Russian gas flows through Ukraine, according to a research note by consultancy Eurasia Group.
Germany, the bloc's biggest economy, is particularly reliant on Russian natural gas , but it is relatively insulated by the Sokhranivka latest shutdown.
Source