The last Salem witch has been exonerated, thanks to an eighth-grade teacher and her students 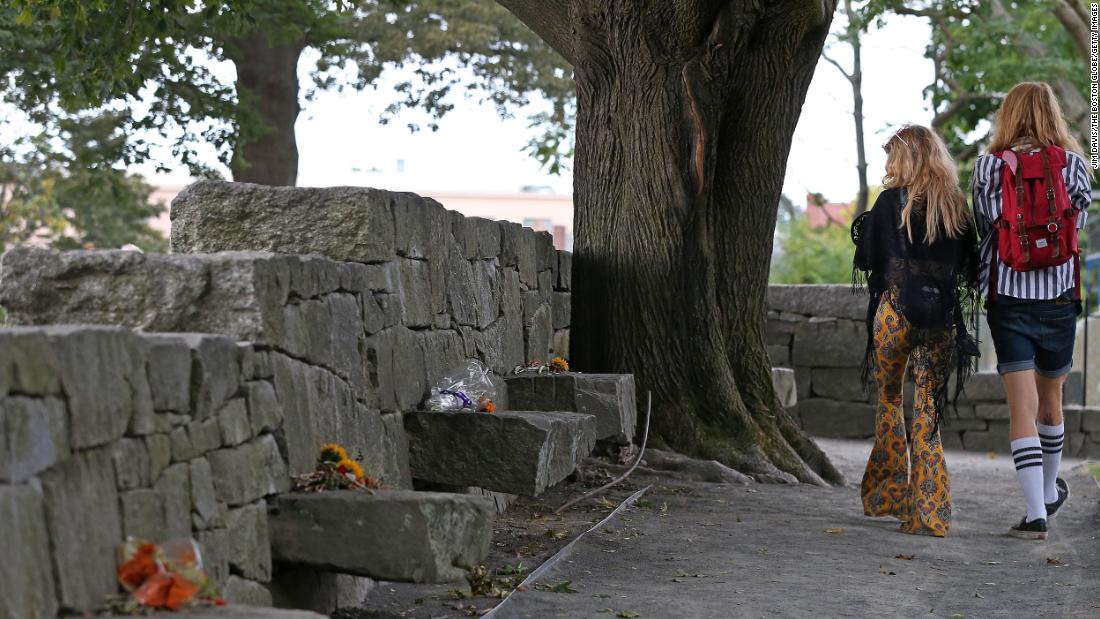 (CNN) It's never too late to right a historical wrong -- even if that restoration of justice comes nearly 330 years later.
Elizabeth Johnson Jr., a woman convicted of witchcraft during the Salem witch trials in the 1690s, was finally exonerated last week after years of petitioning by Massachusetts teacher Carrie LaPierre and her eighth-grade civics students.
Of those convicted, 19 were hanged and four others died in prison -- Johnson was set to be executed, too, but was later spared.
It wasn't until Carrie LaPierre, an eighth-grade civics teacher at North Andover Middle School, came across her story and involved her students in her case that Massachusetts legislators took notice.
How to exonerate a convicted witch, 300-plus years laterNorth Andover, a town in northeastern Massachusetts, is only about 40 minutes from Salem.
While many other convicted witches were exonerated, many of them posthumously, the late Johnson -- or "EJJ," as LaPierre and her students called her -- had "somehow been overlooked while all other convicted witches had been exonerated over the years," LaPierre told CNN in an email.
Details of Johnson's life are slim, but her family was a major target of the Salem witch trials, driven by hysteria, Puritanical rule and feuding between families.
So in 1712, she petitioned Salem to be included in the act , which provided restitution to families of the accused.
Johnson is the last Salem witch to be exoneratedSo LaPierre's eighth-graders set out on exonerating EJJ, petitioning the Massachusetts legislature with the hopes that a lawmaker would introduce a bill to clear her name.
Some of the women who were hanged during the Salem witch trials have been memorialized.
The amendment adds Johnson's name to a 1957 resolution that exonerated several people convicted of witchcraft -- and so, finally, Johnson's wish for absolution was granted.
Whatever her students choose to tackle this year, witches are likely off the table: Johnson is the final woman convicted in the Salem trials to be exonerated.
Source