Six people were injured when a small plane crashed into a Florida bridge, authorities say 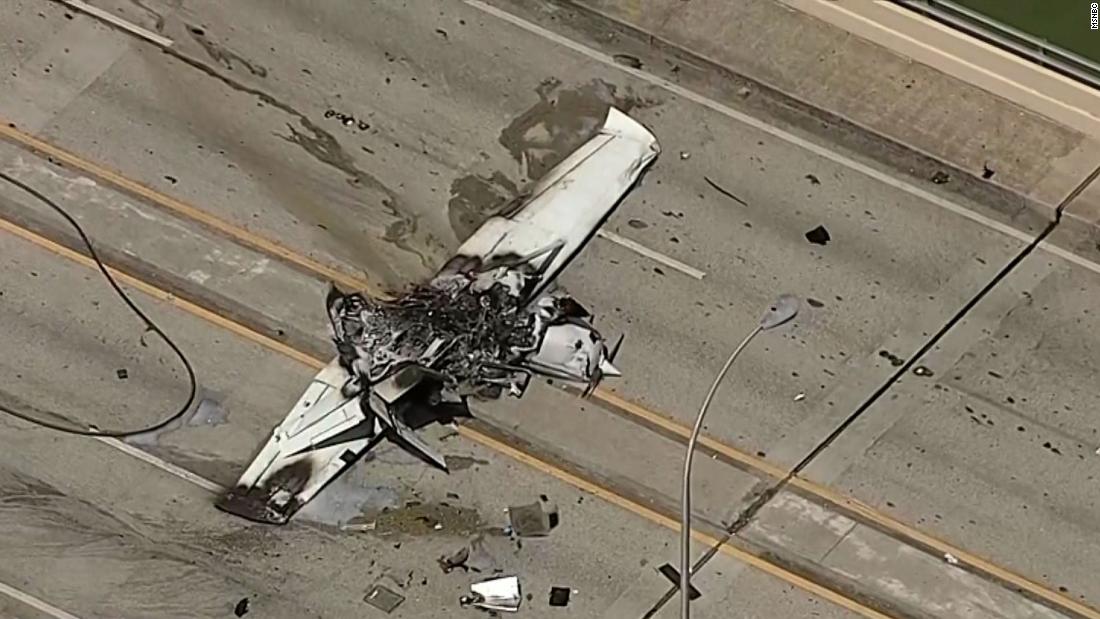 (CNN) A small plane crashed into the Haulover Inlet Bridge in Florida's Miami-Dade County, Saturday, injuring six people, authorities said.
Two were taken to nearby trauma centers and three others were transported to local hospitals with non-life-threatening injuries, Miami-Dade Fire Rescue said.
The injuries suffered by the sixth individual were not immediately made available by the department.
The Federal Aviation Administration said in a statement a single-engine Cessna aircraft flying from the Fort Lauderdale International Airport lost power and struck a vehicle on the bridge while landing.
Three people were onboard the aircraft, the FAA said.
Video taken from the balcony of a nearby hotel by Miami resident Alex Huberman showed the small, wrecked plane on fire, with dark smoke rising from it.
Source