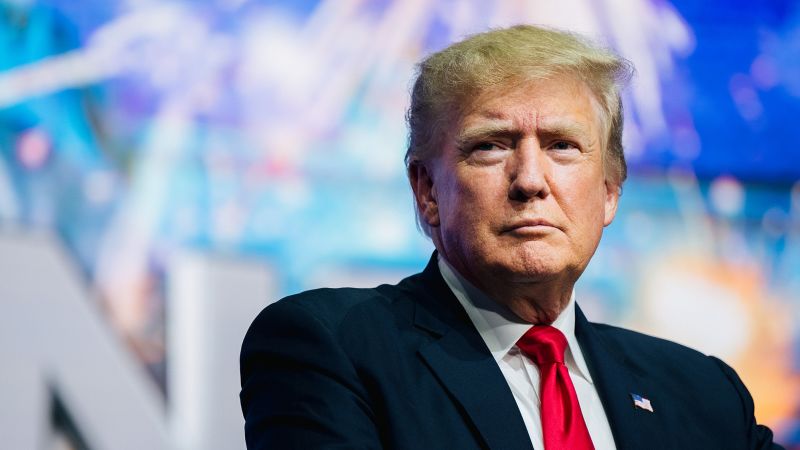 New York CNN —Facebook-parent Meta said on Wednesday that it will restore former President Donald Trump’s accounts on Facebook and Instagram in the coming weeks, just over two years after suspending him in the wake of the January 6 Capitol attack.
“Our determination is that the risk [to public safety] has sufficiently receded,” Meta President of Global Affairs Nick Clegg said in a blog post.
“As such, we will be reinstating Mr. Trump’s Facebook and Instagram accounts in the coming weeks.
With his Facebook and Instagram accounts reactivated, Trump will once again gain access to huge and powerful communications and fundraising platforms just as he ramps up his third bid for the White House.
The decision, which comes on the heels of a similar move by Twitter, could also further shift the landscape for how a long list of smaller online platforms handle Trump’s accounts.
It was not immediately clear whether Trump will seize the opportunity to return to the Meta platforms.
But Trump’s campaign earlier this month sent a letter to Meta petitioning the company to unblock his Facebook account, a source familiar with the letter told CNN, making his return more likely.
Although Twitter was always Trump’s preferred platform, he has a massive reach on Facebook and Instagram — 34 million followers and 23 million followers, respectively, ahead of his reinstatement.
Previous Trump campaigns have lauded the effectiveness of Facebook’s targeted advertising tools and have spent millions running Facebook ads.
Many other platforms did the same in quick succession, but Facebook was clear that it planned to revisit the decision at a later date.
Meta earlier this month was considering whether to restore Trump’s accounts with the help of a specially formed internal company working group made up of leaders from different parts of the organization, a person familiar with the deliberations told CNN.
However, the possibility of permanent removal of Trump’s accounts — which Clegg had previously indicated could be a consequence of future violations if his account were to be restored — no longer appears to be on the table.
Source