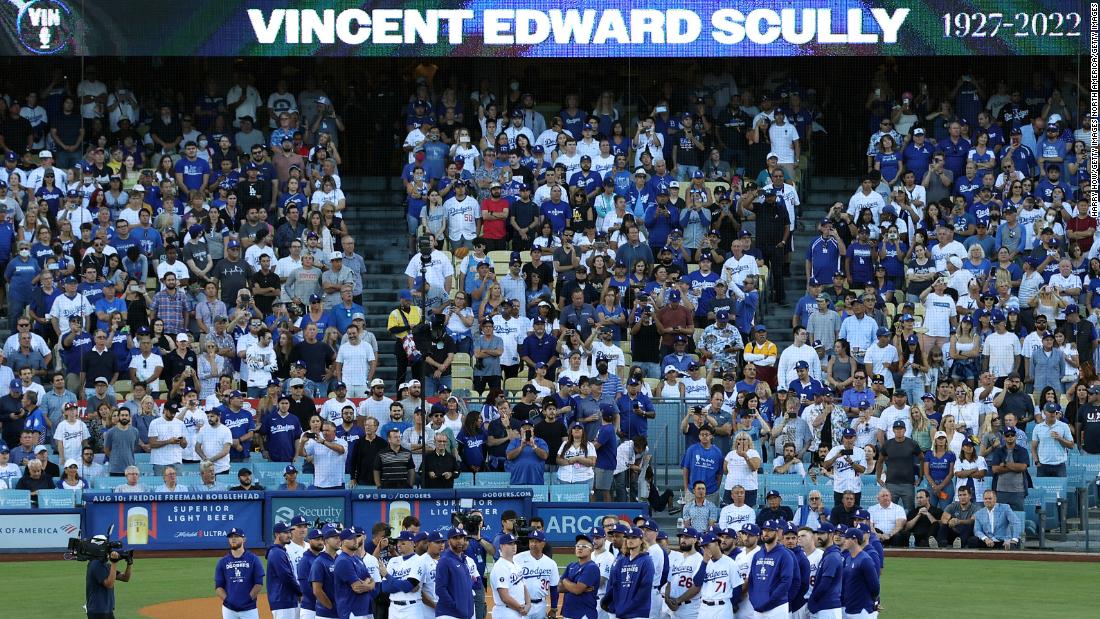 (CNN) The Los Angeles Dodgers paid tribute to Vin Scully on Friday in their first home game since the legendary broadcaster's death.
Scully, who was the voice of the Dodgers for more than six decades, died at his home Tuesday in Hidden Hills, Los Angeles County, at 94.
The Dodgers held a pre-game ceremony to commemorate the Hall of Famer ahead of their game against the San Diego Padres, with players and staff standing on the field as they watched a special video.
"Vin was a man of character, integrity, class -- a true gentleman," Dodgers manager Dave Roberts said during the ceremony.
"He wasn't just a Dodger.
He loved the game of baseball that we all love and care about."
Roberts added: "Vin, you will be missed.
We love you.
We will think about you every day, every game we come here, every fan that shows up to Dodger Stadium.
Source