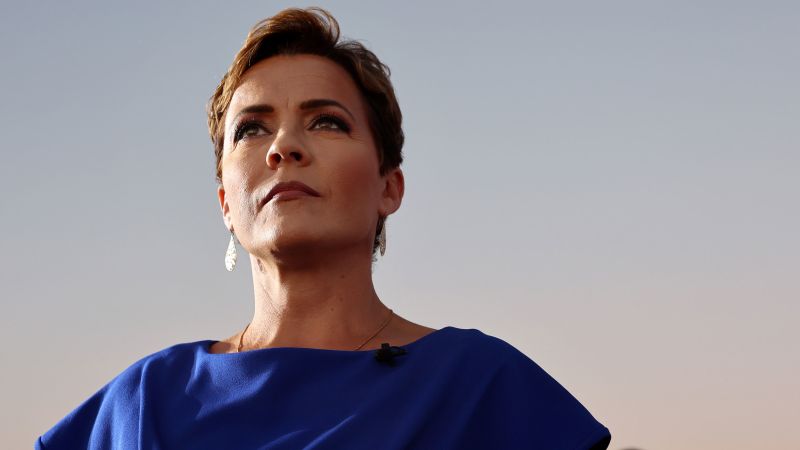 But the efforts to cast doubts about the management and operation of the 2022 election are still festering in Arizona, long a hotbed of election conspiracies that spawned the sham audit of the 2020 Maricopa County results by the now-defunct firm Cyber Ninjas after Trump questioned Joe Biden’s victory there.
The continuing election denialism underscores that although the highest profile promoters of Trump’s election lies were defeated, the efforts to undermine democracy will carry on.
Doug Ducey, a Republican who rebuffed Trump’s efforts to overturn Arizona’s 2020 election results, is once again among the officials signaling that it is time to move on.
Monday is the deadline for counties in the Grand Canyon State to certify their general election results – with statewide certification slated to follow on December 5.
Gates said the county would respond to the questions from the attorney general’s office “with transparency as we have done throughout this election” before it holds its public meeting on Monday to canvass the election.
That prompted the Secretary of State’s office to threaten legal action if county did not complete certification by the deadline.
Officials in a second county – Mohave, in the northwest corner of the state – also voted to delay their certification until Monday’s deadline.
But officials there described their move as a political statement to register displeasure with issues that arose on Election Day in Maricopa County.
Hamadeh, the GOP attorney general candidate, filed a lawsuit in state superior court in Maricopa County this week challenging the election results based on what the suit describes as errors in the management of the election.
Hamadeh trails Mayes by just 510 votes and the race is heading toward an automatic recount.
CNN has reached out to the Secretary of State’s office for comment.
Lake has promised that her campaign’s attempt to get more information from election officials this week are only the beginning of her efforts.
Source