Suffolk County drug crime lawyer Jason Bassett releases a new article (https://jbassettlaw.com/practice-items/suffolk-county-drug-crime-lawyer/) explaining the different federal drug laws in New York. The lawyer mentions that it is understandable for an individual to be worried if they are being charged with a drug crime. Whether the charges are in the federal court or the state court, a conviction can lead to serious consequences and impact a person’s life significantly.

“Many drug offenses are considered felonies, which means that if you are convicted you face prison time in excess of one year. New York and federal drug laws are complicated. Fortunately, with the right defense, the criminal justice system offers multiple resolutions for each case, depending on the factors surrounding it,” says the Suffolk County drug crime lawyer. 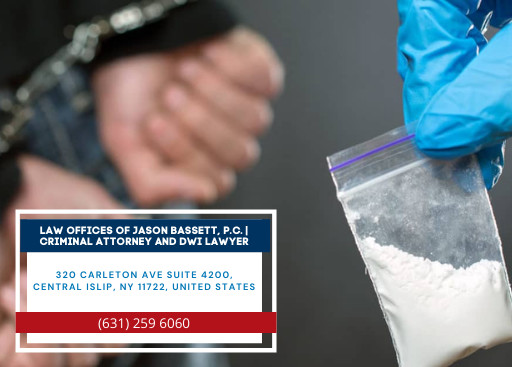 The lawyer explains that in New York, drug charges are taken very seriously. The state of New York is known to have some of the toughest drug laws in the country. Drug crimes can range from misdemeanors to felonies, although felony drug offenses usually carry large fines and longer prison sentences.

In the article, attorney Bassett also explains what the federal drug laws are. The lawyer says that federal charges are even more challenging than state charges. A conviction for a federal drug crime carries with it mandatory sentences, even for first-time offenders. Federal drug crime charges often include conspiracy charges to get a defendant to give up information.

According to the defense attorney, “New York drug laws have recently changed. With the enactment of Senate Bill S854A, marijuana is now legal for recreational use with certain limits. It is now legal for adults aged 21 and older to possess and purchase up to three ounces and possess up to five pounds at their place of residence, although home cultivation is not allowed.”

Lastly, attorney Bassett emphasizes the importance of having a skilled defense lawyer when facing drug crime charges. An experienced lawyer may be able to help the defendant protect their rights and their freedom.