Costa Mesa, CA – He’s one of the comedy world’s most successful performers, but John Mulaney’s greatest success story may be his victory over a relapse in his struggle with addiction. It’s a comeback story the comic is rightfully proud of and shows his courage in openly discussing his fight for sobriety. Read the article, "JOHN MULANEY ON RELAPSE AND DRUG REHAB".

Resurgence Behavioral Health, an addiction treatment center in Costa Mesa, is praising Mulaney for his honesty and willingness to help others by sharing a story that must be painful for him. When celebrities are willing to share their stories of struggle and success, it helps to reduce the stigma around addiction and reaching out for help. Often seen as perfect and immune from problems, celebrities show that anyone can fall victim to addiction. 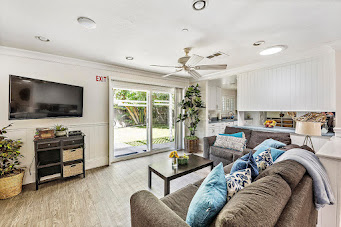 The 39-year-old comic has been a standup comedian, a writer on SNL, starred in the shows Portlandia, Big Mouth, Dickenson, and Documentary Now!, and more. He is in a relationship with actress Olivia Munn; the couple recently became parents to a baby boy. In media interviews, he has talked about the love and pride he feels for his family, who are one of his primary motivators in fighting to overcome his addiction.

Mulaney’s struggle with substance abuse began in adolescence; he was 13 when, like so many other teens, he started drinking alcohol to fit in with his peers. This escalated to cocaine and prescription drug abuse. Mulaney continued using drugs even as his parents tried to intervene with psychiatric help.

He finally hit his rock bottom at 23. His need to get high was so desperate, that he even tried drinking perfume. He often got so drunk or high that he blacked out.

Like most comics, Mulaney wasn’t afraid to poke fun at his own life experience. In his debut set on Late Night With Conan O’Brien he said, “it was always weird when I’d go out for the night with like some money, and then blackout and wake up with no money. It was even weirder though when I would go out with some money, blackout, and wake up with more money because that means that I earned money, and that means that I traded goods, and/or services, which is scary.”

During one of these episodes, Mulaney had a moment of clarity and decided he didn’t want to live a life of drug and alcohol addiction. He managed to quit cold turkey and, remarkably, stayed sober for 15 years.

The COVID-19 pandemic in 2020 derailed his success, as it did for so many others. With no work to occupy him and feed his need to perform, he turned to alcohol and drugs for stimulation and solace. By the time he returned to work, on Late Night with Seth Meyers, he was in full relapse on alcohol and cocaine.

His return to sobriety began with an intervention by several close friends including Seth Myers and Fred Armisen. “As mad as I was, I looked around at the group and was like, this is a good group. It was like a 'We Are the World' of alternative comedians over the age of 40," John joked. "So many funny people. And then no one did bits the entire time."

He finally accepted their help and agreed to enter a rehab program in Pennsylvania. He completed a 60-day rehab and has said he felt committed and dedicated to getting healthy and mentally stable for his family and himself.

But his recovery journey didn’t end when the 60 days were up. He has said he realized he needed to keep working on recovery by continuing with outpatient treatment and residing in a sober-living home. He took a break from working to focus on his recovery and his family.

Since he got sober through treatment, Mulaney has said his life has gotten substantially better. He feels able to see a bright future ahead, thanks to the ongoing support of addiction counselors, family, and friends.

Anyone struggling with a drug and alcohol addiction can take the next step towards getting help by calling Resurgence Behavioral Health at 855-458-0050. Visit www.resurgencebehavioralhealth.com to learn more.