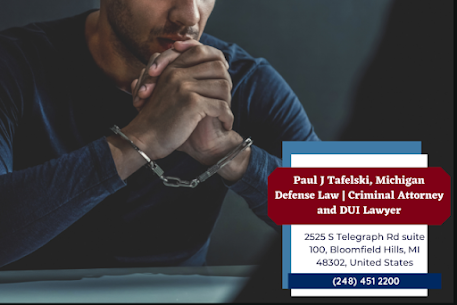 The lawyer explains that a person can face fines, prison time, and a felony conviction that can impact their life significantly if they are convicted of drug possession. Their ability to get a job or to get accepted to college can also be affected by this conviction.

In the article, attorney Tafelski mentions that there are five schedules for classifying drugs and they are denoted by Roman numerals I to V. The lower numbers usually have the highest potential for abuse and higher numbers have the least potential. However, the consequences of being convicted of drug possession are always severe.

According to the defense attorney, “Drug possession penalties depend on two factors: the schedule of the drug and the amount law enforcement says you had. Under Michigan law, penalties are highest for Schedule I and II drugs and they climb with the amount as well.”

Lastly, attorney Paul Tafelski emphasizes the importance of having a skilled lawyer when facing charges of drug possession in Michigan. Having an experienced attorney may be able to help the defendant understand their rights and protect their freedom.

Michigan Defense Law is a firm that takes the presumption of innocence very seriously. Every client deserves competent legal representation. No matter if someone is facing a felony or misdemeanor charge, the lawyers at Michigan Defense Law will work hard to vigorously defend the client and achieve the best outcome for them. Call Michigan Defense Law today at (248) 451 2200 to schedule a consultation.