New York City child custody lawyer Ryan Besinque (https://www.besinquelaw.com/what-does-joint-custody-even-mean-and-is-it-right-for-you/) releases a new article about joint custody. The new article discusses what joint custody means and whether it is the right choice for parents going through a divorce. According to the lawyer, parenting can be one of the most difficult aspects of a divorce. When going through a divorce, it is important to keep in mind the best interests and well-being of the children.

“Acting in the best interests of your child is the standard New York Family Courts use to make custody determinations. This can be put to the test during interpersonal relations with an ex-partner, especially when the relationship with your ex ended on bad terms. Foremost in your mind should be the thought that you and your ex-partner’s relationship dynamic will shape the way your child will view relationship dynamics in their own lives,” says the New York City child custody lawyer. 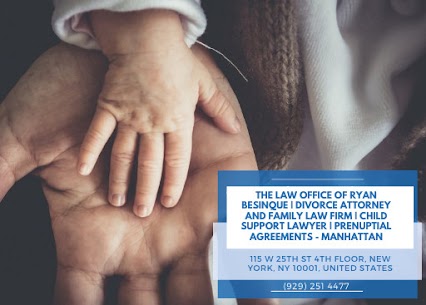 The lawyer explains that ex-partners who appear friendly can help the child see that their parents still have the possibility of working together even if they are not together anymore. This is what co-parenting and joint legal custody is all about.

In the article, the attorney explains that Joint Legal Custody means that the parents of the children will make the decisions together. If the parents are unable to come to an agreement and solve their differences, the courts will be required to resolve the matter.

Lastly, attorney Besinque emphasizes the importance of having a skilled divorce attorney who may be able to help clients understand their rights and responsibilities in the custody of their children. An experienced attorney may also be able to help the client get a favorable outcome in the divorce case.