Manhattan DWI Lawyer Russ Kofman (https://www.lebedinkofman.com/manhattan-dwi-lawyer/) releases a new article discussing the types of DUI charges in the state of New York. The lawyer mentions that in many cases, those who are charged with DWI have had no previous exposure to the criminal justice system. However, New York takes alcohol-related offenses are taken very seriously.

According to the Manhattan DWI Lawyer, “A driver is considered impaired if their blood alcohol concentration exceeds 0.05% and legally intoxicated at 0.08%. The severity of the charges and penalties will vary depending on blood alcohol concentration, whether drugs were involved, and whether the defendant is a repeat offender. Even a first offense can result in serious charges and penalties.” 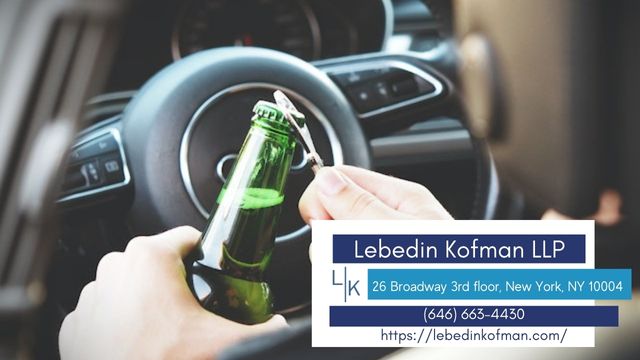 The lawyer explains that there are distinct differences in drunk driving charges in New York. All of these differences are dependent on the factor surrounding the circumstances. One type of drunk driving charge in New York is DWI or driving while intoxicated. This is when a person is caught operating a motor vehicle with a blood alcohol concentration (BAC) of 0.08%. Usually, a DWI is a misdemeanor offense but if a person has received another DWI within the past ten years, it may turn into a felony charge.

Attorney Arthur Lebedin, another DWI lawyer from Lebedin Kofman LLP, says the other types of drunk driving offenses include: Aggravated DWI, DWAI or driving while ability impaired, DWAI-Drugs, and DWAI-combination. The state of New York also has zero tolerance for drivers under the age of 21. It is unlawful for a young driver to be found with a BAC of 0.02%.

In the article, attorney Kofman also explains Leandra’s Law. This law is also known as the Child Protection Act. This act imposes severe penalties for those who drive while intoxicated with a child under the age of 16. If the child is injured due to the drunk driver, the driver may be charged with a Class C felony and face up to 15 years in prison.

“If a police officer has observed driving behavior that seems to indicate possible intoxication, such as speeding, swerving, running traffic lights, or otherwise driving erratically, the officer may pull the driver over to further observe the driver’s behavior or appearance. Based on this observation, the officer may test the physical coordination of the driver through a series of field sobriety tests. Failure to perform at a given level will be an indication of intoxication,” the lawyer says.

Lastly, attorney Kofman emphasizes the importance of having a skilled lawyer when dealing with matters such as identity theft. An experienced lawyer may be able to help the defendant understand their rights and protect their freedom.

Russ Kofman is a seasoned, aggressive litigator handling cases in both the state and federal courts. He is a managing partner of the Lebedin Kofman Law firm. The lawyer handles civil rights cases as well as family law, high-net-worth divorce, and highly contested custody cases. Attorney Kofman believes in his clients and works hard to fight for their rights and help them receive the best possible outcome for each of their cases. Call today to speak with attorney Russ Kofman: 646-663-4430.