Long Island assault defense attorney Jason Bassett (https://jbassettlaw.com/practice-items/long-island-assault-defense-attorney/) releases a new article that discusses the types of assault in Suffolk County and their corresponding penalties. The lawyer mentions that the term assault is a general term that refers to offenses that involve physical harm by one person to another. An assault conviction can mean harsh penalties and may have a significant impact on someone’s life.

According to the Long Island assault defense attorney, “Assault charges will vary depending on the harm done, the motivation, and whether or not a weapon was used. These types of crimes can be charged as a misdemeanor, a Class D felony, or a Class B felony, with prosecutors deciding on what type of charges to bring depending upon the factors surrounding the incident.” 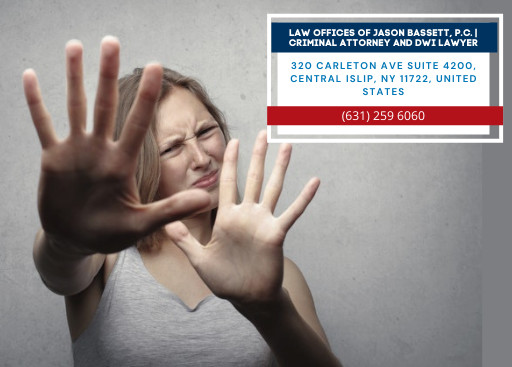 The lawyer explains that in New York, an assault conviction means that someone has caused another person an injury without justification. There are different degrees and types of assault, according to criminal defense attorney Jason Bassett. Each of these degrees of assault ranges from a misdemeanor to felony charges.

In the article, the lawyer also says that for a second-degree assault, if the victim is younger than eleven years old and the accused is 18 years old or older, this can be considered a class E felony. This can be punished by up to four years in prison and $5,000 in fines.

Furthermore, attorney Bassett mentions that a third-degree assault offense is when an individual causes injury to someone with intention or recklessness. This can be classified as a class A misdemeanor and carry a 12-month prison term with fines of up to $1,000.

Lastly, criminal defense attorney Jason Bassett emphasizes the importance of having a skilled defense attorney. An assault conviction can have a long-term impact on someone’s future and professional life. Having an experienced attorney may be able to help the accused receive a more favorable outcome.