Cake Monster cryptocurrency on Binance Smart Chain is innovating and continuously creating an ecosystem adding more features to their gamified platform. The Cake Monster team has recently released their new staking protocol that will provide stability and growth potential for this ecosystem. It allows users to earn more rewards by staking and baking existing tokens.

"Cake Monster is a complex deflationary protocol that allows users to participate, play games, and earn more tokens. This simplified process adds a lot of incentives for users to be more active. User engagement is a key factor in the growth of the entire ecosystem," says Vitaliy Lano, the owner of IMHO Reviews.

The staking program resembles a dividend-style model. The two staking pools allow users to choose their desired proportion of the rewards and staking time period, This allows more flexibility in terms of maximizing profits, while still providing an equal opportunity for all investors. The concept of the project combines Cake Monster's vision with its strategy to reward investors for their support throughout many years. MONSTA's single-sided staking function was created so that investors could earn a percentage on all staked assets in the vault and distribute these earnings back as dividends at the end of the cycle. The company posts the long-term vision for the program and upcoming developments in the official whitepaper.

MONSTA is a cryptocurrency with an innovative protocol that plans to decrease the supply in order to increase demand, value, and price. Many MONSTA holders participated in the staking program and 39% of its circulating supply was removed within the first few days of the program launch. This decreased the number of tokens available for trading and reduced the risk for all holders and traders. "This is a positive factor for the ecosystem as the higher price will affect and increase the vault size. Because of that, holders will be rewarded at the end of the cycle," added Vitaliy.

MONSTA holders are being offered an opportunity to stake their tokens. The staking program offers two different types of pools: bMONSTA, designed for long-term holders who are willing to wait until the end of the cycle and receive higher rewards as a bonus. The company offered APY Boost for bMONSTA which starts at 420% for the first 7 days and slowly goes down by 1% a day to 69%. After that, it will decrease by 0.33% per day until the final 33% boost. The second token is sMONSTA, which has a lower unstacking penalty and less commitment.

The new tokens - bMONSTA and sMONSTA - are the wrapped versions of the original token. They were introduced by MONSTA on Binance Smart Chain in order to help improve upon their predecessor. They act as proof for a stake in MONSTA and also earn rewards through staking pools. It is being converted to 1:1 when staked. This means that when a person holds 10 MONSTAs, then they will also receive 10 bMONSTAs or sMONSTAs after staking. The new tokens will greatly increase trading options for MONSTAs since there is no taxation involved, and that can help improve the adoption of these tokens even more.

The team of developers decided not to dilute the supply with new tokens which would have devalued existing tokens. Instead, they chose to utilize 10% (1 billion) of the initial supply from community wallets as a staking reward. MONSTA is designed to prevent any new tokens from entering circulations, while also providing an incentive for those holding the currency and encouraging participation on their platform by rewarding holders with numerous gamified opportunities. 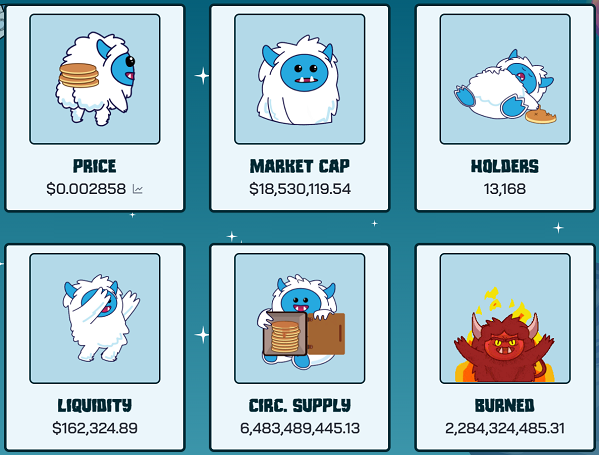 According to MONSTA's project's leader Byron, the holders of bMONSTA who will keep their tokens until the closing of the cycle will be receiving more $MONSTA at the beginning of the second cycle, an increased portion of the $CAKE vault, more baking rewards, crumbs, and staking rewards. They will also continue to get regular rewards, such as Diamond Claw 5 NFT rewards as well as crumbs, MONSTA Party NFT rewards, Rob a Monsta game, and lottery rewards.

The Cake Monster project is one of the latest crypto-based projects that showed consistent development, innovation, and community engagement. The project aims to build a decentralized and automated ecosystem, which will mainly focus on entertainment activities with blockchain technology that tries to solve serious world problems.

This week Cake Monster for Good (CMFG) has been officially released. It is a charity initiative that has been announced in the early stages of the company's roadmap. CMFG was recently accelerated due to global events and focuses on the need to feed people across the world. The project aims to help out individuals in difficult situations by providing them with food through donations and fundraising.

The team behind Cake Monster plans to launch features like multi-vault (adding BNB tokens), gamified bonds and bounties, a skill-based arcade game in the near future. Cake Monster has already announced the release of their latest arcade game. This new game is in the testing phase and still needs some polishing before it can be launched. This will be a huge step for Cake Monster as they enter into this market and bring more users to the ecosystem.

For more information about IMHO Reviews, contact the company here: