Costa Mesa, CA – Public health and law enforcement officials are spotlighting an alarming increase in fentanyl-related deaths in Riverside County, California, and calling for greater awareness and action in the crisis locally and throughout the U.S.

“In Riverside County, the number of fentanyl deaths in the last five years has gone up 800 percent,” Riverside County District Attorney Michael Hestrin said on a nationwide TV news program. “This year, we expect to have well over 500 people die because of fentanyl poisoning.” 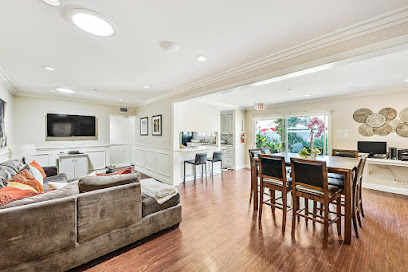 Riverside County is located in southern California, near Los Angeles. With over 2.4 million people, It is the fourth-largest county in California and the 10th-largest in the United States.

“There never was a time when drugs were safe, but now they are literally killing people,” Hestrin said. “It’s playing Russian roulette.”

Fentanyl is a powerful opioid that is legitimately prescribed as a painkiller, but dealers are slipping synthetic versions into illegal street drugs like heroin, cocaine, and methamphetamine. They are also selling fentanyl disguised as popular prescription drugs like OxyContin, Xanax, and Adderall. Both actions are a deadly deception fueling an epidemic of drug overdoses across the nation.

In just two years, fentanyl fatalities in 30 states have more than doubled and have more than tripled in 15 states. In addition, they’ve risen five-fold in six states, according to an analysis by the opioid awareness organization Families Against Fentanyl.

James Rauh, who founded the organization after fentanyl killed his son, said in a public statement, “The fentanyl crisis is getting worse, not better. Fake pills with deadly amounts of fentanyl are popping up everywhere. It’s in fake Xanax and Percocet; it’s being laced in cocaine and ecstasy. A single pill can kill.”

Hestrin, the Riverside County district attorney, said the crisis has gone so far that district attorneys across southern California have begun filing murder charges against people who deal fentanyl. “We got to push back, get the word out that this will not be tolerated in our counties.”

But he cautioned that harsh penalties are not the only solution. “We are working hard to get the message out. People need to understand there is no safe way to use or deal fentanyl.”

Resurgence Behavioral Health believes the most effective solution is treatment to help people stop using fentanyl or any other kind of street drug. Public health experts have often called for greater access to treatment and a shift in thinking: to see addiction as a disorder, not a crime. In fact, Resurgence finds that addiction is often only a symptom of a more profound mental health condition such as anxiety, depression, or trauma-related conditions.

Resurgence offers comfortable surroundings and innovative treatment methods to support people seeking help in the struggle for long-term sobriety. Based in Costa Mesa, they provide evidence-based treatment for substance use disorders involving alcohol, drugs, and prescription painkillers. Clients can receive the entire continuum of care, from medically assisted detox to residential and outpatient rehab, where they learn new strategies for dealing with stress and emotional problems. Therapy continues with aftercare, sober living homes, and long-term follow-up programs that help people transition into new lives free of harmful substances. Graduates of Resurgence also find ongoing support through alumni programs and activities designed to foster community so they can help each other continue their sobriety.

Anyone searching for addiction treatment for themselves or a loved one may begin the recovery process by visiting Resurgence Behavioral Health online or calling 855-458-0050 at any time.