Earlybirds.io is an award-winning global OSINT and open innovation ecosystem company that tracks, maps, and monitors global industry capabilities to create a capability edge for organisations. A task that has caught the attention of many early adopter American businesses and innovators in the country and the globe. This is something that has prompted EarlyBirds to expand its United States of America operations. In line with this effort, the company has just hired seasoned executive Andy Dougherty to spearhead this mission. As the new President of EarlyBirds USA Operations, he is expected to use his 40+ years of industry and government experience as well as knowledge of the US Industry and Federal Government space at-large to further cement EarlyBirds growing reputation as a key player when it comes to understanding a customer’s needs to solve challenges or seize opportunities for a competitive edge. 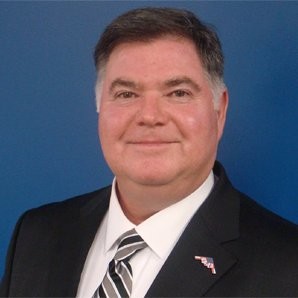 Kris Poria, one of EarlyBirds co-founders and CEO, stated, “Rarely does someone with Andy’s talents become available. We were lucky that this happened at the exact same time we were looking to expand our American operations. With Andy’s experience guiding our USA expansion efforts, we feel we have placed this task in very capable hands.”

Jeff Penrose, another of EarlyBird’s cofounders and the Chief Operating Officer, added, “I second Kris’s sentiments as to the abilities that Andy brings to the table as far as being able to further our efforts regarding American expansion. After meeting with Andy for for the first time, I knew we had found the right person for the job.”

Andy Dougherty responded, “I have never been one to shy away from a challenge in all my various business endeavors. It will be no different now that I have come on board with a company that has already proven to be a leader in its very unique area of expertise. The people I have met so far at EarlyBird’s all talk about working together as a team to achieve their goals and I am excited to now be a part of that team.

Mr. Dougherty has accumulated an impressive resume over the years. This includes a long and decorated career in the US Navy that was followed up by his joining the Defense and Intelligence Community as Senior Vice President and General Manager of 3001 International Inc. in 2001. During his time in that position, he managed to quadruple both revenue and EBIT. Growth that was so exceptional that this led to the acquisition of 3001 by Northrop Grumman in 2008 where he supervised and led the integration efforts of all defense and intelligence groups until 2010. Mr. Dougherty then moved on to assume the position of Federal Vice President for GeoEye Inc./DigitalGlobe, which he held from 2010 to 2013, winning several contracts to support satellite imagery and analysis across the intelligence community. Later in 2013, he accepted the position of Senior Vice President and Sector Deputy Director for KeyW (now Jacobs) where he established several new lines of business with key government agencies in the US, Australia, and other Commonwealth nations. This was followed in 2016 by his transition into the role of President and Chief Strategy Officer for Continental Mapping Corporation (now Axim Geospatial). A position he has since resigned from but still serves on its Board of Advisors.

Throughout his career, Mr. Dougherty successfully coupled the needs of the customer with industry innovations. While advancing from Manager, VP, SVP, and President positions, he forged new paths for his customers taking advantage of all available technologies. Twice a recipient of a “Manager of the Year” award, he was known for his strategic leadership and innovative solutions. Each step in Mr. Dougherty’s career has resulted in significant revenue growth, new customer development (relationships), and dramatically improved margins. All traits that Poria says made Mr. Dougherty an easy choice to lead EarlyBird’s American expansion efforts. In addition to these impressive attributes, he also holds a BS in Marketing and Spanish (dual major) from LaSalle University in Pennsylvania and an MBA from the University of Michigan. He currently holds a high-level US Security Clearance too.

Poria went on to talk about how the key focus of Mr. Dougherty’s new position will be to continue applying what EarlyBirds has already proven to do well in a way that its open innovation ecosystem will be well-received by American businesses, subject matter experts, and the many innovators that the country are known for producing. This includes making more Americans aware of its unique and world-leading open-source intelligence platform and services to leaders and managers, across all types of business sectors, who need to function in both the operational and innovative worlds. The platform holds data on over 4.5 million global innovators covering startups, scale-ups, and mature organizations across all types of technologies. Its range of offerings and services is designed to enable organizations with the capabilities they require to address the strategic and tactical needs to function effectively in both the operational and innovative worlds. The company CEO added that when Mr. Dougherty’s expertise is combined with the positive results that businesses, innovators, and subject matter experts have already experienced with the help of EarlyBird’s open innovation ecosystem, it’s a match that he feels has a very high likelihood of success.

For more information about EarlyBirds, contact the company here: