Chicago divorce lawyer Russell Knight releases a new blog post https://rdklegal.com/do-you-need-to-consummate-your-marriage-in-illinois/ that discusses whether a marriage should be consummated. The lawyer mentions that one default reason for people to invalidate their marriage is by not consummating it. Not consummating a marriage can prove to be quite a challenge to prove, however, it can be a ground for the invalidation of the marriage.

According to the Chicago divorce lawyer, invalidating a marriage in Illinois must be done by either party. One must file a Petition For Invalidity Of Marriage if they believe the marriage is not valid pursuant to Illinois law. 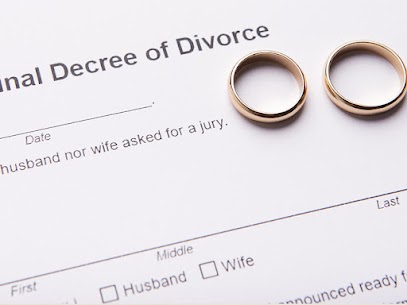 The divorce lawyer says, “An invalid marriage will typically not allow for court-ordered relief in the form of division of marital assets (there can be no marital assets if there was no marriage) or maintenance (formerly known as alimony).”

The lawyers add that it may be hard to imagine a married couple not consummating their marriage but, there are cases of these happening. There may be people who suffered an accident or have a congenital deformity that stops them from consummating their marriage. A bride or a groom who refuses to consummate the marriage can be used as a ground for declaring the invalidity of the marriage.

Furthermore, the lawyer explains that if someone is not able to invalidate their marriage in Illinois for not consummating the marriage, they may try to do so in a different state. If an annulment is granted in a different state, then according to the State law, Illinois will give “full force and effect to the out-of-state annulment decree.”

Lastly, the lawyer emphasizes the importance of seeking the guidance of an experienced divorce attorney. Accusing someone of failing to consummate the marriage can be tough and complicated. A skilled attorney may be able to help the client understand where they stand in the case and what steps they should take next.

About The Law Office of Russell Knight
The Law Office of Russell D. Knight was established in 2009 by the family law attorney Russell D. Knight. The lawyer has always focused on family and divorce law. Russell's love for family law is demonstrated by the numerous articles personally written by the lawyer. Russell has been licensed as a lawyer throughout Florida in both Florida and Illinois. The attorney has a legal practice in both states and employs an entire staff of paralegals and attorneys in the two states of Chicago, Illinois, and Naples, Florida. Contact them today at (773) 334-6311.