Bronx divorce attorney Juan Luciano releases a new article (https://divorcelawfirmnyc.com/how-long-does-it-take-to-get-a-divorce-in-new-york/) that explains the reason why a divorce negotiation may be compromised. The lawyer mentions that there is nothing more emotionally stressful than going through a divorce that doesn’t seem to have an end. There are many factors that weigh into how long a divorce would take to be finalized.

“How long it takes to get a divorce in New York will vary. But one of the most important elements of how quickly a divorce will take is completely dependent on the couple. The ability to compromise with your spouse is one of the primary indicators on how quickly and amicably you will be able to get through your divorce and go on to live the rest of your life,” says the Bronx divorce attorney. 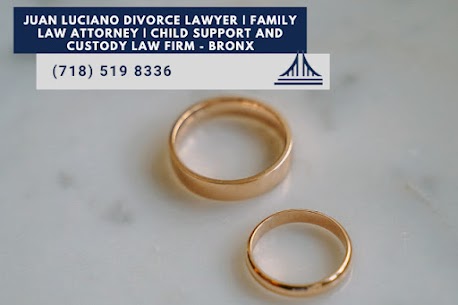 The lawyer explains that a divorcing couple will want the divorce to end as quickly as it possibly can. However, a lot of matters need to be considered especially if the divorcing couple has a lot of assets that they need to divide or if there are children involved. These matters usually make the divorce take longer than expected.

Attorney Juan Luciano adds that one option a couple may look into is mediation. This is often a good way to resolve matters of divorce if a couple is able to work together towards a common goal. The mediator will act as a facilitator but the couple will still have control over the decision-making process.

In the article, attorney Luciano explains that in an uncontested divorce, both spouses are able to agree on most matters surrounding the divorce. Since New York is a no-fault state, a couple does not need to have grounds in order to divorce.

According to divorce attorney Juan Luciano, “Very often, a couple who has filed for divorce has moved beyond the ability to work cooperatively with each other. A contested divorce in New York is when the parties disagree on at least one variable of the divorce. This can be a property dispute or a disagreement on child support or alimony. But a contested divorce will require both spouses to be represented by lawyers who work in their best interest and that of their children.”

Lastly, the lawyer emphasizes the importance of having a skilled divorce attorney when navigating matters such as asset division and child custody. An experienced attorney may be able to help the client understand their rights and receive a favorable outcome.

Juan Luciano has spent his career in the complex legal world of family law. He has earned a reputation for excellence at the negotiation table as well as when in court. He is also fluent in Spanish. Contact us today at (718) 519-8336 to set up an appointment for a consultation with New York divorce lawyer Juan Luciano.