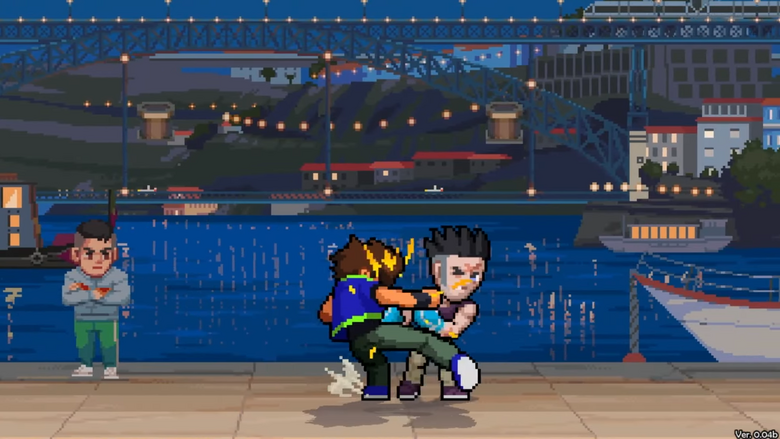 Pocket Bravery is inspired by classics from the 90s, such as Street Fighter, Fatal Fury, and The King of Fighters. And its SD aesthetic had an influence on games like Pocket Fighter and other fighting games from NEOGEO Pocket Color.

But make no mistake, Pocket Bravery was created to be a new and unique fighting game, with original characters, vibrant colors and a combat system that will impress you, since the game was designed with the focus on high level players. Even so, it has features that will teach beginning players how to develop and evolve in the game.

The game uses the digital pad and four buttons, two for punches and two for kicks. You can execute the traditional commands from the fighting games using the directional pad plus the button to make special moves, super specials or even the final attack. Each character has an element that represents his strength, can be physical or supernatural. You can accumulate up to 2 attacks on the elemental bar. Through this system, it is possible to execute elemental attacks that have different characteristics from the others and bring new offensive or defensive possibilities for the player.