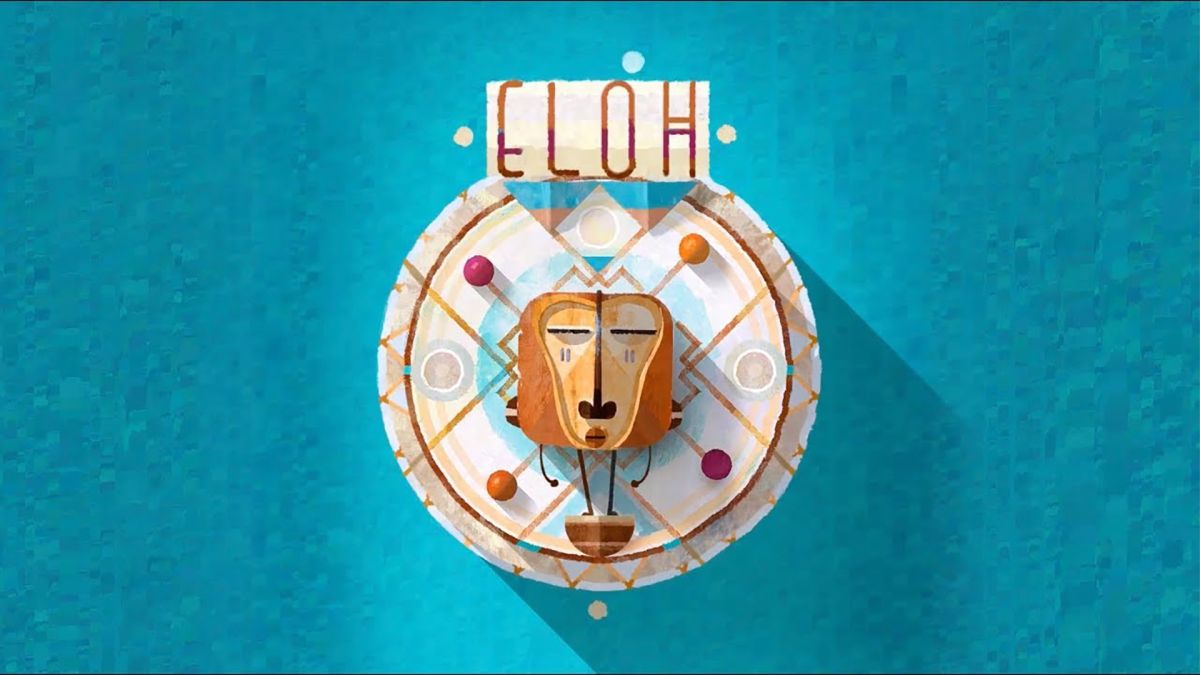 Two of my favorite mobile gaming genres are puzzlers and rhythm games, but it’s rare to find titles that make an effort to combine the two. Lucky for me, I stumbled across Eloh while trolling around the Play Store.

While it’s certainly not a true rhythm game by any stretch of the word, it’s still a great example of how music can be incorporated into puzzle games in more interesting and intentional ways.

Eloh is a casual puzzle game all about relaxing and finding your groove. Your goal is to help good spirits get their rhythm on by aligning masks in just the right way to deliver sound waves to the goal. The hand-drawn designs in Eloh are absolutely beautiful, especially with the full-screen spirit art that you get when you pass certain level milestones.

Each level features one or more speakers, which you click on to start producing beats. Each beat travels in a straight line until it runs into an obstacle. Each level also features a host of spirit masks, a set of possible locations to place them in, and a goal for your beats to eventually make their way to. By dragging and dropping masks around, you redirect your beats to (hopefully) land them in the goal.

Eloh is a casual puzzle game all about relaxing and finding your groove.

The first few levels are painfully easy, but things start to really ramp up once the game starts adding in new spirits. New spirit masks change your beats and often require their own type of goal, so you actually need to use your brain to solve these deceptively simple puzzles, as they start to get more and more complicated.

As you might expect from a game that bases itself around music, the soundtrack in Eloh is excellent. Composed by SCNTFC (Scientific) — the musical artist behind the Oxenfree and the upcoming Oxenfree sequel's soundtrack — Eloh’s music is heavy on percussion and generous with its use of the marimba. This is the kind of game that will have you running to YouTube to put the soundtrack on an endless loop.

The one big downside to Eloh is that it doesn't have a built-in hint system. Last week’s game, Line Blaster, had a great hint system by which completing levels on your own would earn up to three hints, which progressively revealed more of the solution, if you chose to use them.

Eloh gets pretty chaotic and challenging at the higher end of its 98 levels, so a similar hint system would have been a helpful inclusion. For example, using a single hint could tell you where to place just one or two of your masks, with more correct placements being revealed as you use more hints.

As it stands, if you wind up stuck on a level and you just can’t figure out how to solve the puzzle, you’ll have to look up the solution online and hope that somebody else has posted one somewhere.

Eloh will cost you just one dollar in the Play Store, but it’s also free for Play Pass subscribers. In either case, this premium game doesn’t contain any ads or in-app purchases, and can be played offline, making it a great choice for travel gaming.

Don’t be surprised when you see Eloh sneak its way onto our list of best Play Pass games soon. While the latter levels might get a little bit too crazy for some players, the overall experience remains wonderfully chill and fun. If you’re looking for a casual puzzle game with great summer vibes, Eloh is the game for you.